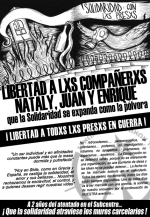 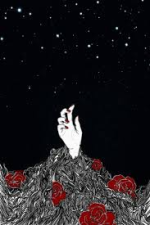 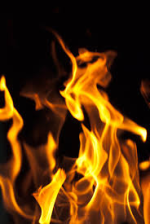 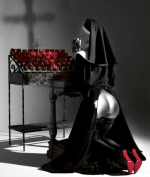 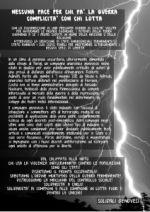 
„Between these four increasingly narrow walls
I cultivate my hatred towards the system.”

If you are anarchist accept the idea, if you have not done so already, that you could end up in prison sooner or later, and there are different paths that can lead you in.
If you are anarchist, in the first place, you have to be careful what you keep in house: the common things, more or less usual, in the cops’ expertise become components of devices or explosives; a story we have seen recently, by the way, in Bologna too, with a comrade ended up in AS of Ferrara prison. Even books, pamphlets and texts, the so-called „paper documents”, become evidences of affiliation with the terrorist organizations.
And then, there are the classic crimes of association, usually the 270bis, that allow the cops to put you in prison without even bothering to provide „concrete” elements.
Basically, the paths are many, but the reason is only one: be irreducibly aligned against the power.
If I’m saying this things it is certainly not to complain about the unfairness of the democratic justice, but to point out how easily an anarchist be incarcerated, despite of his prudence. The awareness of this risk should not frighten us, just help us to be ready.
So, „Scripta Manent” comes, certainly, as no surprise, it is a repressive attack on which the only one doubt was about „when”, but not for sure „if”. An attack of democratic regime against those who, inside it, still refuses to submit to the values and to the morality of dominion, placing himself not in a conciliatory perspective of dialogue and compromise, but in the open conflict with the power. „The State is not thinkable without lordship and servitude. For the State it is indispensable that nobody have an own will; if one had, the State would have to exclude this one; if all had, they would do away with the State.”
After all, if you end up in prison or not, it is a part of the anarchist path anyway. Because it is a spectre that hangs over your head, because it took friends or the loved ones, or just because it is the foundation of this society we hate („repression is civilization”).
But the constant threat of prison is not enough to suffocate the rage we feel in front of thousands of killed and tortured animals every day, in front of entire ecosystems wiped out by the voracity of technological society, in front of million of individuals forced to alienation in their workplaces or in the infamous prisons or in the concentration camps for migrants, in front of people killed by hunger and wars.
And how could you bow your head resigned in front of the continuous interference of the State in our lives?
This society in which, like in a shopping mall, everything has its price, everything can be bought and sold, if you have money to do it, this society based on profit at any cost will have always an extreme enemy, who is not willing to trade his life and his dignity at any price. The money is the only engine of this system of death and misery. The State legitimate the money, the police protect it, the newspapers give voice to its lies. The anarchists refuse it and attack it.
Solidarity with the arrested, suspected and searched in the operation „Scripta Manent”.
Solidarity with those who in this world pay the price for opposing this system of domination.
With those who under a grey sky choose to provoke storm.
For a world build on the ruins of this.

”Charges on charges, sentences on sentences,
but what matters is the moment of capitulation.” 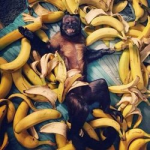 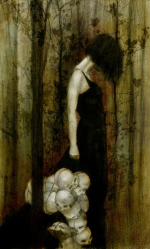 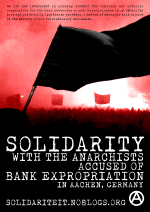 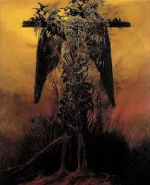 RadioAzione[Italia]
It Comes As No Surprise Operation "Scripta Manent" [en]

As I had already written in a statement a few days ago about the operation "Scripta Manent" ["written words remain"], 32 comrades across the Italy were awakened by the dogs in uniforms at dawn of September 6.
The result of this new operation, ordered by Turin Prosecutor's Office trough its inquisitor Roberto M. Sparagna, is 7 arrested and 15 under investigation.
The eight comrade, editor of Croce Nera [Anarchist Black Cross], Daniele was arrested following the search when are found the batteries and a handbook for electrician.

Apart from Alfredo and Nicola, already in Ferrara's prison for the wounding of Roberto Adinolfi, the other arrested comrades are Alessandro, Marco, Danilo, Valentina and Anna.
The articles 270bis [association for purposes of terrorism], 280 bis [attacks for terrorist or subversive purposes] and 285 [threatening to commit a terrorist crime] are the sum of the alleged offences which started as far back as 2003 and are related to a series of attacks signed by "FAI-Federazione Anarchica Informale", through the cells "“Narodnaja Volja”, “Cooperativa Artigiana Fuoco e Affini (occasionalmente spettacolare)” [Fire and Similar Craftwork Cooperative, occasionally spectacular], “FAI/RAT (Rivolta Anonima e Tremenda)” [Anonymous and Terrible Revolt], and the cell "Olga". The comrades Alfredo and Nicola have assumed the responsibility for their participation in this cell and for the wounding of Adinolfi.
So, another investigation of Informal Anarchist Organization, another attempt to fishing in troubled waters just to ensure the salary which is going to fatten another Savonarola and his family in period between the investigation and the trial.

Am I surprised by just another operation?
Not at all!
If I swim in the ocean voluntary, I know very well that I will meet the sharks sooner or later.
But, these sharks can be sure they can't scare me in my accrossing...
I WILL NOT RETREAT!
Prosecutions, searches, investigations, prisons and trials don't touch me at all. On the contrary, the more I feel you on my back the more I feel the rage...
They will never make me take a step back, and they will never make me change my mind that, from the moment I came into this world against my will, I will do my best to live better in it...
They will never make me change my idea that the direct action is the only weapon to destroy this miserable and opulent existent.

Therefore, I am not a "poor comrade" who has suffered harassment from cops and a judge, because since I realized that I madly love my ideas, I took everything into consideration, with no exceptions.

A small example can be this temporarily reopening of the RadioAzione website which I shut down more than a year ago, and now it will try to update the comrades exclusively on this operation, publishing communiques, solidarity acts and updates on arrested comrades.
It will not be published anything else, and the reasons are the same which led me to shut down the web site in August 2015.
I hope that the non-Italian comrades won't hold it against me, I have many doubts even today about things that I don't know well and I didn't knew well in the past.

It is not a coincidence that I will update only on operation "Scripta Manent".
In this operation are involved the very few comrades, brothers and sisters, the ones I always felt very close in these last twenty years, and with someone of them even more.
Alessandro, Marco, Danilo, Valentina, Anna, Alfredo, Nicola, and Daniele too, will be everyday on my mind until the day I will see them out of the concentration camp of the State.
They will walk with me, in my thoughts, outside the prison walls, bars and special sections.
They will walk with me, in my thoughts, along the dark path which lead to anarchy.

In the end, the national press are reaffirming the same role of inquisitors and jackals, following very carefully a series of anarchist websites to transcript on their toilet paper excerpts of our reflections, accompanying them with their Lombroso-reminiscence analyses.
Especially the center-left press, like good little ships and the voice of the master, in order to hide the fact that the money for the earthquake, and for the previous one, will never be allocated (it will be used for restructuring the bank of the minister Boschi's father), it splash the anarchists and their solidarity communiques across the front page, hoping for comments of idiotic and conservative zombie mass who lives in the suburbs of the net.
But, don't worry, because in our thoughts are also you, journo hacks and jackals.
As every empire that should be destroyed, it begins with destroying the army to reach the kings and the queens.
If the "written words remains", be sure that despite the arrests and searches our ideas will survive too, until the day we will see them realized... but in that world will not be place for you.

For anarchy, for direct action.