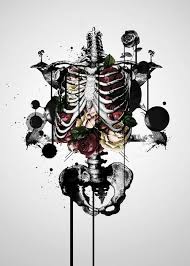 At about 5.00 this morning, September 6, almost like an anniversay or the tax on garbage due, a pack of guard dogs materialized outside my doors.
They were not begging for kibble, cookies or bones, but for weapons, explosives, claims, “Croce Nera Anarchica” [the magazine of Italian ABC], “Pagine in Rivolta” e “KNO3” [anarchists magazines]... With the arrogance typical of watchdogs, they pushed into the house and started rummaging, not before having delivered me the formal invitation signed, not by me of course, but by certain Roberto M. Sparagna, who works as inquisitor on behalf of the Turin Prosecutor.

A part from a few “Cobra” firecrackers and a smoke bomb, they did not find anything else “dangerous”, and gave vent their hunger on the newspapers, pamphlets and posters, especially from Greek and Mexico, the above Italian anarchist publications and others, posters with the FAI/FRI symbols as well as a good amount of correspondence even from decades ago.
After turning my romm upside dow and visiting those of my flatmates, they asked me to accompany them to the police station to list the total of their raid and receive a receipt of confiscation.

Once again, with Septembrian surgical precision, they have unleashed raids and issued notifications; but above all some comrades have been kidnapped, 8 to be precise...
This time, in order to gain a place on the State’s payroll for a few years, the prosecutor RM Sparagna had to fish in troubled waters, going back to events happened since 2003 (I wonder if the next inquisitor will accuse us and arrest us for the “Matese uprisings” ore the “Revolt of Piombino” [XIX sentury]...).
Those that the “wig” on duty is turning to and has summed under “270bis” [anti-terrorist law] are attacks carried out from 2003 onwards with the signature FAI/FRI, not knowing that back in 2004 somone from Rome had tried with “Operation Cervantes” and a couple of years later with the operation against the comrades of the then Croce Nera Anarchica [Anarchist Black Cross].
The arrest of our comrades will not succede in making us retreat, so arm yourself with “holy and inquisitorial” patience because you will have to wake up us at down for a long time... if you will find us still in our beds...

Alfredo, Nicola, Anna, Marco, Alessandro, Daniele, Danilo and Valentina will not be left alone even for a second.
Our thoughts will be with them every moment of their sequestered life, in their every breath, in each one of our steps along the paths of the dark forests.