A Plague Upon You!
Reflections #12 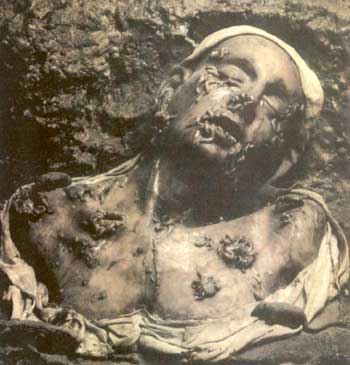 “When she got infected she ran to her brother

when he got infected he ran to his dad

the plague gradually spread within the neighborhood

causing the invasion of the city”.

In the next lines, with my inelegant and crude, but definitely honest way, I will try to explain my point of view on some issues which are for me fundamental ways of being an anarchist.

Some of these aspects have already been discussed in the various and past “reflections #” on this site.

The reason why I returned to certain issues arose from reading the pamphlet of Gerasimos Tsakalos, translated in Italian and published recently by the comrade of Anarhija.info.

This long document of the Greek comrade indicates how projects, abbreviations, and acronyms sometimes are embraced without understand well what you are approaching to; even worse is the denaturalization of those projects-initials-acronyms that you are embracing ...

Let me give an example. One day I decided to went on the attack tangibly against the system and I signed a document/claim “Cell X”, created in the moment by one who carries out the action, myself or with other individuals, and accompanied by an acronym “Y” which is a project of other comrades who have launched a propaganda of attack through a document that explains what they are, what they want and what they mean with their project.

If I decide to sign with the acronym of the project too, it means that I consider its basis as mine, otherwise it would be better to avoid the combination of the two signatures. Even more, if I have ideas, or visions, completely different from that project I will not denaturalize it with my reflections.

For example, if that project talk about “affinity groups” that are born and die at the moment when the action has achieved its purpose, I won’t name, with other individuals who operate with me, a “cell” always with the same name, even when the individuals are always the same. Because, in case of repeated signature I would risk to create, with the other individuals, only doubts and chaos in the minds of persons who read a document or claim.

Let’s not kid ourselves, and be honest with ourselves, always sign with the same acronym implies in the “not free” minds of many comrades creation of schemes and organizations, which don’t have anything in common with affinity groups; it leads you to think that behind any attack with that sign there are always the same individuals.

I don’t criticize the use of “the repetitive acronym” at all, because I think that every individual or group of individuals organize themself in the most important way to them. However, what I want to say is that everything is “White” or “Black” to me, gray is just a mix between two completely different colors and therefore is confusing. So, there is no medical prescription which could lead us to combine our signature with another.

I am rough and I express myself on my ways, crude and provocative; I honestly believe that even among comrades of praxis exists a fascination for certain acronyms that incorrectly, and without respect for the persons who “created” them, they turn into trends.

Many people think about these issues, that I just described, in different or same way as me, but no one express because, let’s face it frankly, there is an “anarchist respectability” where what you think it can not always be expressed.

All these things disintegrate the individual being because it implies the lack of strength to express his own ideas, for fear of being judged; yes, because even this exists among anarchists and get out of this trap means to be isolated, and not everyone is willing to be alone.

For many anarchists the idea of ​​group is obsessive, they would feel lost isolated... so much for the individualism flaunting right and left...

The group means to be protected, or think that we are protected by other persons who are part of it; it often means “delegation” because if we are silent and not express the opposite then we are appreciated by those who have more charisma within the group. Charisma that turns into “authority”, conscious or unconscious. The authoritarian “anarchist” would like you to put you in front of the rest of the group to convince you that you are a reliable person, so that you would not run away or think to run away.

Unfortunately, if you express your opinions which could be, in any case, opposite to the ideas of the “one thinking brain for everyone”, then this will be your fucking problem; you will be judged by the king and his enslaved plebs. You will be described by lots of adjective that can not inspire confidence.

Whatever you will say from there on, the herd will not, in no way, take into consideration because you get “sick”.

You will be the sick person to keep at a distance to avoid infection that can infects the plebs and makes lose the “king’s” pawns... you will be the new infected.

That means if within the group the brain is always the same and the others just listen passively and accept his information, you recreate the concept of authority, and we know that some anarchist individuals enjoy exercising it, even if they will never admit it.

But I’m going further and I will say more ...

I’m sure that within any kind of group there are individuals “fascinated” by charismatic figures. Otherwise, there would be no reason for the group to exists.

It however does not apply to the affinity groups which exist as long as the action is accomplished, because the short time of its existence does not allow to establish relations of “fascination” and every person make available his own knowledge. Because an affinity group is not born by accident, but by a good mutual understanding among individuals who form it. On the contrary, any kind of “formal” group will establish an internal figures and specializations.

Even the idea of ​​an affinity group makes me feel a little bit anxious. I prefer my rhitme and my ways even for just one minute, but there is no doubt that, if necessary, I would always opt for affinity groups.

All this discourse is not exclusively linked to groups of direct action, but it refers to any kind of group of individuals who consider themselves anarchists.

Eradicate the idea of ​​making group at any cost and the interaction only with own kind, it would be a good starting point for the growth of an individual. Otherwise we risk to become a “religious sect” that locks itself in its parish avoiding contact with the “evil”.

So, you have to speak, express always your ideas , and if there is a reason provocate as well ... be individuals not a herd!

Do not be afraid to being isolated, there will always be someone who thinks like you and if will not be ... screw it! Better alone than in bad company!

If you are afraid to express your thoughts for fear of being judged by those who should think nearly as you, what will you do in front of a judge?

Break the cages that lock your thinking, otherwise you will never be able to destroy a prison.

Destroy, enjoy, and especially have fun because you are not facing a religious mission ... because above all you have to be an “individual” not a machine that receive informations passively.

If you do not start to free yourself you will not be able to make shine anarchy ...

Do not waste your breath, ink, charges and days in prison if you are not ready for everything ... it would be totally worthless and a waste of time.

We must act “Here and now”, not wait for the order from above!

A plague upon you! 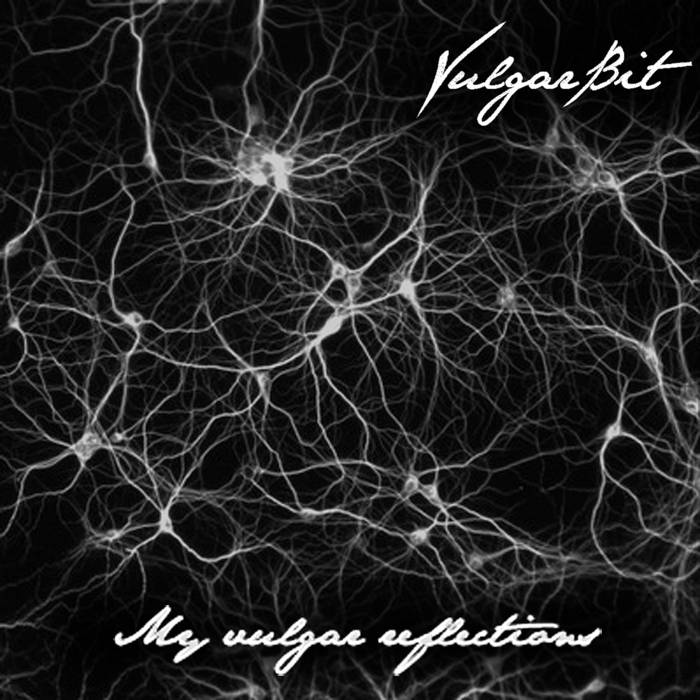