Italy: To The International Anarchist Movement 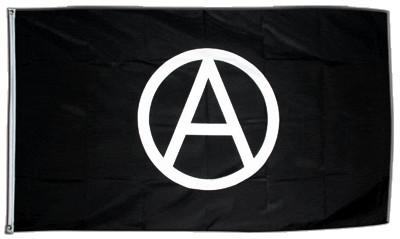 UpdateCroce Nera Anarchica: This morning 5th August there was the judicial hearing validation of the detained anarchist comrades. Six of the eight people arrested on 3 August morning were released today. The comrade Salvatore Vespertino is still in the prison of Solliciano in Florence. Also the comrade Pierloreto Fallanca remain inprisoned in Lecce. Updates will follow.

TO THE INTERNATIONAL ANARCHIST MOVEMENT

Florence, April 21, 2016: someone attacked the carabinieri barracks in Rovezzano, the Florentine suburbs, with a molotov.

Florence, January 1, 2017 an explosive device placed outside the bookshop “Il Bargello” near Casa Pound explodes in the hands of a policeman who is severely injured.

Following these two anonymous attacks, on the morning of August 3, 2017, eight comrades are imprisoned.

These comrades have been notified of accusations of attempted murder because of the wounding of the bomb disposal engineer Mario Vece, fabrication, detention and transportation of explosive devices, aggravated damage for the throwing of incendiary bottles against the Carabinieri barracks.

The names of the main inquisitors to have coordinated the investigations are:

Pifferi Lucio (head of the D.I.G.O.S. in Florence).

As anarchists we are not interested in knowing who did these actions, valid, concrete, alive. The Italian State after the continuation of Op. Scripta Manent, again strikes refractory comrades, who believe that direct, non-mediated and destructive action is a fundamental means of anarchist revolutionary struggle.

It should be noted that direct anarchist action against the State / Capital is less and less alive, hence, it is very easy for the repressive apparatus to do its job against those who support undisputed positions for the revolutionary path. It is crucial, as well as dutiful, not to mix anarchist comrades with the mere political juncture of antifascism and anti-repressive paths, which as anarchists do not belong to us. With this document we express our closeness to all those individualities who unconditionally beyond claiming action or not, act.

It is important to collectively claim these practices as part of the revolutionary anarchist struggle to avoid isolating our dear comrades. The reasons why our anarchism is partisan of illegalism and propaganda by the deed are something that we feel absolutely necessary, in the past as today, to make all possible efforts to propagate and spread the revolutionary anarchist idea with the word, publications, black powder.

So attack, arson, looting, and armed actions are an integral part of the war brought forth, no holds barred and without any more pre-established limits against the state. May the weapons of politics be abandoned and the politic of arms re-embraced in an indeterminist, conscious and constant manner.

Ahead international anarchist comrades, when the prisons no longer silence the thunder of dynamite, we will only be halfway. Let’s attack authority in whatever way it presents itself, without wasting time and with all the means at our disposal.

The rest is just the small talk of anyone who always wants something new, but does not have the courage to take it here and now.

(translated by Act for freedom now!)