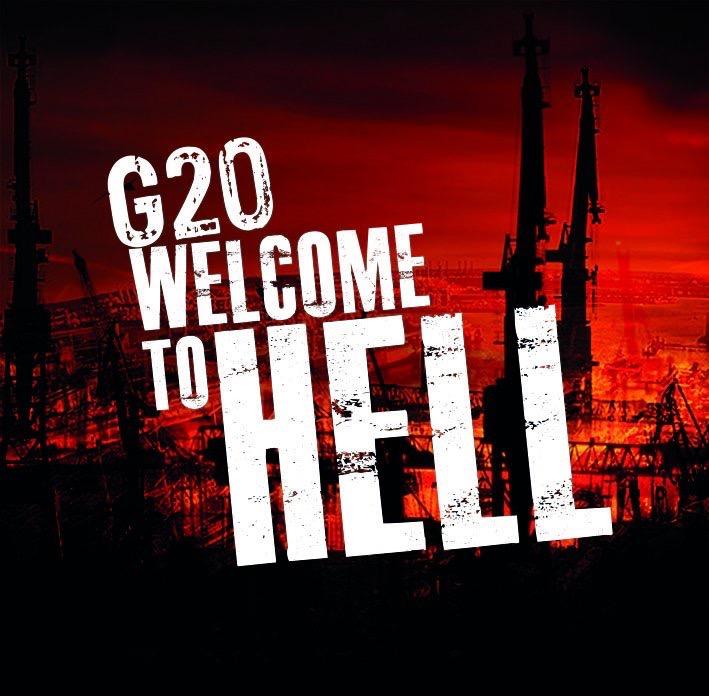 We are spreading news of the arrest of a comrade from Genoa, Riccardo, on Friday 7th July in Hamburg during the revolt against the G20.
Riccardo has seen his lawyers, is doing well and his spirits are high.
On18/07 a hearing confirmed that Riccardo and all those arrested be remanded in custody. In 15 days an appeal trial will be held to decide if imprisonment is to be continued until the trial. The charges haven’t been formulated yet.
We reconfirm our solidarity with all those arrested in Hamburg.
Freedom for all!

If you want to write to Riccardo or send him reading material, his address (name, surname, date of birth and address of the prison where is being held) is:
RICCARDO LUPANO
09/06/1985
JVA BILLWERDER
DWEERLANDWEG 100
22113 HAMBURG – GERMANY

Letter of the comrade Riccardo from the prison of Billwerder, Hamburg

‘Guard Gohlosh impersonated the most hideous wickedness: the wickedness at the service of the powerful of the Earth. A wickedness that could be converted to money. It didn’t belong to him any longer. He had sold it to more competent individuals who used it to enslave and mortify an entire miserable people. He was no longer master of his own wickedness. He had to guide it and direct it according to certain rules whose atrocity hadn’t changed much.’ (Albert Cossery – Men God Forgot – 1994)

At the moment I am being detained in the prison of Billwerder in Hamburg. I was arrested on Friday 7th July at 7:30pm near Rote Flora.
I am accused of insulting the State, endangering public security, of having played an active part in a group of fifteen people who challenged the police, in particular attempting to harm a policeman of the Special Unit of Bloomberg intent on carrying out arrests and finding evidence.
I don’t recognize the dichotomy ‘guilty-not guilty’ proposed by the State’s judicial apparatus.
What I want to say is that I’m proud and happy to have been there in Hamburg during the uprising against the G20. The joy of experiencing in person the determination of people of all ages from all over the world who haven’t yet given in to the temptation to submit to the logic of money and the capitalist world; this can never be quelled by any form of imprisonment. In an historical epoch in which capitalism is trying to inflict the final blow necessary to its stabilization in a constant oscillation between internal war (special laws, borders closure, deportations) and external war (indiscriminate massacres, destruction and poisoning of Planet Earth), the revolt in Hamburg against the G20 demonstrated what is most important to those who still care about freedom: the possibility of its realization.
The German police’s technological, physical and tactical efficiency was as impressive and monstrous as it was useless first to neutralize then to repress the need to struggle against the absurd catastrophic global society that the twenty pathetic State Leaders were showing off there so miserably, fortressed in the heart of the city. The resigned and the reformists can well say that considering the relations of strength developed in the last decades between power and its subjects, Hamburg was the umpteenth mass experiment to assess the apparatuses of international security. After all that was also said following the G8 in Genoa in 2001.
Rebels and revolutionaries, however, don’t reckon with conspiracy theories of politics, but with their own feelings and projects. In any case, I think I can say that even if that were the case, the experiment failed totally. In the streets of Hamburg I breathed uncontrolled freedom, active solidarity, the determination to refuse a lethal order imposed by a few waelthy and as many powerful over the rest of humanity. No endless rows of cars and composed processions sanctifying the oppressive murderous liturgy of the capitalist system every day. No indistinct masses forced to bow down and sweat for anonymous survival in favour of the wealth of some greedy boss. No thousands of empty gazes aimed at some aseptic display that alienates and deforms our experience of life.
I saw individuals raise their eyes to the sky and try to grab it.
I saw women and men give form to their creativity and most repressed dreams.
I saw the energy of each one intent on lending a hand to others that don’t put themselves above anyone.
I saw sweat dripping from foreheads to fulfil one’s own desires rather than those of some henchmen. In the moment of revolt no one is ever really alone.
A strong hug to all the comrades, all the rebels imprisoned by the German State.
Passionate greetings to Anna, Marco, Valentina, Sandrone, Danilo, Nicola and Alfredo, the comrades on trial in operation “Scripta Manent” in Italy.
To the revolutionaries and rebels imprisoned in jails all over the world.
A kiss to Juan. Wherever you are… wherever you are… you’re always with us!
As long as I’m alive: always against authority! Always with my head held high! Long live the anti-capitalist international!
For Carlo! For Alexis! For Remi! For freedom!


(translated by act for freedom now!)