Italy: About the struggle of comrade Davide Delogu, Sardinian anarchist prisoner of the Italian State 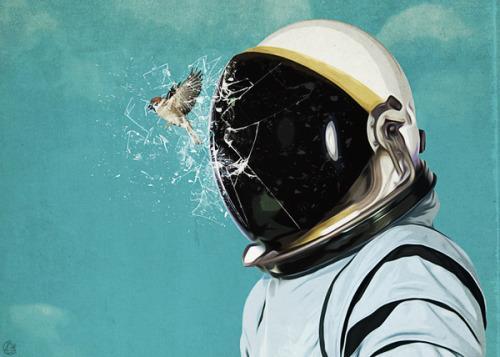 A few days ago we published on the website of Croce Nera Anarchica news about the attempted prison escape carried out by Sardinian anarchist comrade Davide Delogu, which ended with the machine-guns of the guards pointed to his face. We learned about this news from the phone call that Davide is making weekly with his family.

Davide informs us that he is in total isolation from May 1st and, that the article 14bis will be re-applied against him (six months of constant isolation with censorship imposed on his entire correspondence).

This escape attempt — Davide explains in a personal letter to me, with a document attached — is a Direct Action, part of the campaign for self-liberation, which he decided to launch with the act of May 1st.

Unconditional support to all anarchist comrades who, without regards, fight with dignity.

Complicity and affinity with anarchist comrades, editors of the anarchist journal Vetriolo, who expressed their solidarity to Alfredo Cospito a few days ago.

We are anarchists in prison, some for years, some less, and we daily fight the war against domination, face-to-face with the enemy, inside their cages. We share the refusal and the disdain, clashing with the prison authority and its bareaucratic [play on words with bars and bureaucratic] discipline every day.

Therefore, we are cannons that are not loose (for now...), whose explosions, as the recent and the past acts teach, create disruption, material damage and the shattering of prison logic (that, as anarchist, has already been destroyed!). Sending certainly a vital stimulus of action inside a complex desolate swamp, to live your own anarchy, right here, right now, immediately!

Continuing to live like a cannon that is not loose (... maybe...) , I open with the acts a campaign (for those who want to accept it, otherwise I will do it alone, like I always did) of self-liberation, that will spring from ourselves, from our fears, dogmatism, indignation, babbling, compromises, resignation, bars, from apathy and de-solidarization, which are — outside these walls — too tangible and too harmful to be “indifferent”. I do not think it is necessary to explain a worthy action carried out to take back the life into your own hands.

Finally, I would like to send to all comrades arrested in Op. “Scripta Manent” a big hug of struggle and solidarity from a non loose cannon, because I have written all of them several times, and I received the reply from just two comrades. [Davide is referring to the censorship on correspondence between him and the anarchist comrades in high security sections]

A hug of war to all anarchist prisoners. For anarchy now!