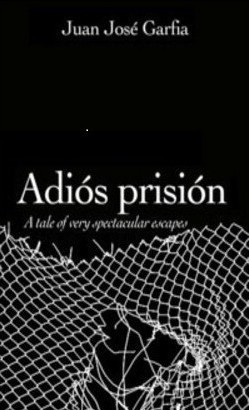 Introduction to the English edition

As soon as I finished reading Adiós Prisión in the Italian edition published in August 2008 I felt the urge to translate it. It is one of those books that you do not want to finish. You cannot get it out of your head, you want to delve deeper and deeper into it.

This book talks about freedom, the urgent need for freedom and the impossibility of living without it. This book says that freedom must be taken back at all costs and that is exactly what the protagonists of Adiós Prisión, Spanish prisoners under the infamous FIES regime, did: they took back their freedom using all means necessary, challenging the impossible, ready to kill for it if necessary. There is no room for political correctness or abstract morals concerning human life here: if the screws keep you locked up and your life, even in its most banal and insignificant aspects, is at the mercy of their caprice, violence and stupidity, your only choice is to eliminate them if they put themselves between you and your freedom.

The protagonists of this book are not passive subjects of the prison system, on the contrary they are well aware of the fact that prison is the absolute negation of human dignity. As FIES prisoners they are experiencing directly how human beings will never adapt to life in prison, and their most impelling need is to escape in order to put an end to a situation that is unendurable.

The FIES, Ficheros de Internos de Especial Seguimento (record of prisoners under special observation) was inaugurated by the Spanish prison system in 1991 in order to further punish and control prisoners who had been carrying out revolts in the Spanish jails over the previous decades. Two amnesties were granted following the dictator Franco’s death, one in 1976 and one in 1977, but they were systematically denied to a large number of prisoners, the ‘social’ prisoners, whereas many of those declared or considered ‘political’ were released. It was then that revolts started breaking out continuously, not only for the amnesty to be extended to all prisoners but also against the unbearable conditions inside the jails (torture, beatings, overcrowding, rotten food, no medical attention for prisoners affected by medical conditions, and so on). Prison infrastructures were smashed and destroyed as a result of the frequent riots that occurred in most Spanish prisons in the years following Franco’s death. The FIES was created with the precise aim of keeping a record of the most rebellious prisoners of those years. However, it was not just an archive for gathering information about hot-headed prisoners: along with its inauguration special wings were being built inside prisons all over Spain to hold those considered particularly dangerous by the prison system. In the special wings the cells were tiny, the walls were completely bare, the toilet was a hole in the floor, the bed was made of iron, and it was impossible to see out through the barred window. Prisoners spent days, months, years locked up in these dungeons and were allowed to keep nothing with them as their personal possessions were seized on entry to the wing. The screws were always ready to provoke, search and beat prisoners, knowing that they could count on total impunity and the complicity of the prison direction.

In spite of the appalling conditions that the FIES prisoners endured, they continued to struggle, gaining the support of comrades and organizations outside the prison. As the situation inside the Spanish jails came to be known outside, also thanks to the sustained action of anti-prison groups, the reputation of the Spanish democratic State was inevitably compromised. As a result, the FIES no longer exists in name, but it is now called PRIC (Programa Recuperacion Internos Conflictivos, Program of recuperation of turbulent prisoners). Needless to say the regime has not changed much in substance. Unfortunately, regardless of what it is called, it has brought about good results for the prison institution as the number of revolts and escapes has decreased considerably over the past few years.

In this sense the crude tales of Adiós Prisión are particularly important: not only do they offer a lurid picture of the FIES underworld, they also express the fervid determination of some of its captives to get out no matter what the cost, to run to freedom without looking back, knowing that escape is their only possible chance of life.

Another reason for publishing this book in English is to show once again what we have been repeating over and over: that the prison system cannot be reformed or made more humane, but must be destroyed along with the power that justifies its existence.