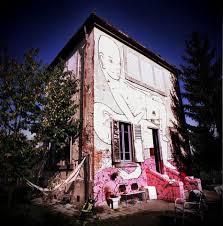 Update C.N.A.: The 8 arrested anarchist comrades in a new operation of Prosecutor’s Office of Florence, coordinated by police and carabinieri, are: Micol Marino, Giovanni Ghezzi, Salvatore Vespertino (Ghespe), Pierloreto Fallanca (Pasca), Roberto Cropo, Nicola Almerigogna, Marina Porcu, Sandro Carovac. Five of them are arrested for the bomb placed on 1st of January 2017 in the bookstore “il bargello”, a place of “casa pound” Florence milieu [fascist organization]. That morning the bomb exploded in hand of an e.o.d. tech who lost his hand and an eye. They are accused for: attempted murder, aggravated damage, manufacturing and transport of explosive devices. The other three comrades are accused for attack with molotovs on the barracks of carabinieri in Ravezzano (suburb of Florence) in April 2016. Updates and addresses of prisons where the comrade are held will follow.

This Thursday morning, 3th of August, started the eviction operation of squat Riottosa del Galluzzo [neighbourhood of Florence]; it seems that 8 comrades have been arrested, and the accuse is supposed to be very serious: attempted murder concerning the molotov threw by persons unknown against a barracks of Carabinieri. At the moment we don’t know anything more.

I feel to express, for what is worth, all the possible solidarity to evicted comrades and those held captive in police station, a hug and long live Anarchy!

As soon as I have news I will update...