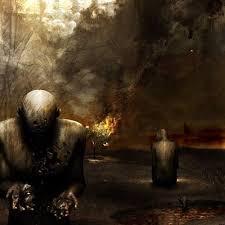 The prosecution in Turin have decided to put an entire anarchist tendency on trial: anti-organisation Anarchism. This isn’t a sensationalist and defensive overstatement, it’s what Turin’s investigating judge, Anna Ricci, enacted with the arrest warrants issued in July 2016, and enforced in September, probably to avoid disrupting the summer holidays of some pubic official.

The inquisitors’ choice is clear from the ridiculous framework that appeared in the arrest warrant papers, a product of the deleterious encounter between the mind of some cop and the rushed reading of a wikipedia summary. The framework gives shape to a repressive-Manichean vision of a ‘social anarchy’, a good and harmless one, and an (anti-social and anti-classist) ‘individual anarchy’, violent and palatable to repression, whose method is the ‘anti-organization model’.

By making the necessary distinctions, this framework aims to define a specific camp, to create a cage, so that from a generic ‘insurrectionism’, (a sub-product of the anti-organization model), always violent and liable to punishment to varying degrees, sub-species can be pulled out to form different strands of the investigation[1] for Italian cops: ‘classic insurrectionism’, ‘social insurrectionism’, ‘eco insurrectionism’ and the ‘informal anarchist federation’.

That different tensions and tendencies exist within Anarchism is a fact, but it’s also true that this type of rigid categorisation is an inherent feature of the mindset and requirements of the inquisitors, who are set on delineating a specific area in order to make their manoeuvres as best they can: it is within this space that the following operation lies.

Devised by Turin’s Digos and prosecutors back in 2012, in the wake of 20 years of recurring and failed repressive attempts, operation Scripta Manent led to the arrest of 5 anarchists: A.M., V.S., D.C., M.B., A.B., all already under investigation and/or arrested following various anarchist publications on action and repression, specifically, Pagine in Rivolta[2], the Croce Nera Anarchica bulletin[3], KNO3[4]. In addition, there were the arrest warrants for A.C. and N.G., two comrades in prison since 2012 following an attack on the managing director of Ansaldo Nucleare, Adinolfi, which was claimed in court in October 2013 as the Olga Nucleus (FAI/FRI). For years, they’d been known as the editors of Pagine in Rivolta and Alfredo had already been prosecuted for KNO3.

Four other anarchists have been put under investigation, all of whom were imprisoned during the Ardire operation[5], part of which converges into these current legal proceedings, along with 4 more whose arrests the judge refused to validate in the July warrant and led to the prosecutor’s unsuccessful appeal attempt in October 2016. In addition, 32 raids were carried out across Italy, during which a comrade and editor of CNA was arrested and is still being held in prison under the AS2 regime[6].

-The investigation is still underway-

The operation is being led by prosecutor Roberto Sparagna, new to so-called anti-terrorism proceedings but well-known for having run trials for so-called organised crime. It is unknown whether this operation was down to him or the input of Turin cops: the latter seems much more likely, as the bulk of the investigation was conducted and archived by the Digos over the years and because of little picturesque background events like the “greetings from Dr. Petronzi” (Turin’s ex-Digos chief), which Sparagna made sure to extend to the arrested during one of his interrogation attempts.

It matters little whether the prosecutor is essentially a puppet/ventriloquist or whether he’s driven by his own will; the declared intent is to repress and silence an anarchist component that has always supported, and continues to support, direct action, solidarity with revolutionary prisoners, the multiform practices of anarchist destructive action and permanent rebellion against political conformism and compliance inside and outside the milieus of the movement.

Everyone is charged with article 270bis, some since 2003, others since 2008[7] relating to FAI/FRI to various degrees, as both ‘promoters/organisers’, as well as ‘participants’.

A.C. and N.G. are also charged with article 280bis for a string of attacks[8] carried out from 2005 to 2007 on the basis of what is defined as a ‘serious investigative framework’ even if, in actual fact, the same comrades had already been investigated by the same cops, with the same ‘evidence’ both shortly after the same events and in 2012[9], using the usual armoury of phone tapping, eavesdropping, video recording, tailing, DNA sampling, etc. and the cases had been archived.

Launched on the back of the 2012 arrests, this investigation is an attempt to apply an associative charge to the case of Adinolfi’s wounding and to investigate a whole political area of comrades who expressed solidarity with those arrested and with their action: the cops used article 270bis and their so-called ‘crimes of intent’, in order to sift through what had already passed through the hands of various Italian prosecutors, putting everything together under their jurisdiction by reviving and rehashing a series of case files that had previously been archived.

This attempt to bring everything together is also mentioned in the judicial order itself and had seeped into the media quite extensively in recent years, as well as in August 2016, with newspaper articles that described ‘anti-terrorism summits’ held between the different prosecutors and made grand claims of ‘bad masters’ and ‘violent infiltrators’ in contexts that in themselves, were democratically acceptable.

This time, having followed a temporal and logical format that inverts the classic action/repression sequence, repression is retroactively looking for unsolved actions and political positions consolidated over the course of 20 years, as a restraint and a warning against the current “excessive” shows of solidarity. These are clearly aimed at repressing unwelcome solidarity and the spread of an anarchist feeling that openly talks about prisoners and actions, publishes and supports them.

The cops’ ambitions aimed even higher, as evident in the raids, failed arrests and most of all, in the accusatory framework that spans 20 years of anarchist actions and publications.

The excursus begins with the Marini trial[10] in 1996 and ends with the current Croce Nera Anarchica, tracing an optimal line that starts from critiques of how the Marini Trial was handled, passes through the various articles and claims presented in Pagine in Rivolta, KNO3 and CNA, and ends with writings containing discussions and calls to be present at the Adinolfi trial (WITH OUR HEADS HELD HIGH and HERE AND NOW) and finally, with today’s CNA.

This is why it is not an overstatement to claim that this legal proceeding is one that is being extended to an anarchist feeling, even if it is trying to hone in on the circle: cornerstones of anti-authoritarian thought and method such as direct action and the rejection of representation, affinity and informality, revolutionary solidarity and mutual aid, become, in the words and paper rubbish of inquisitors, the dangerous raw material that must be repressed as soon as it appears.

It is neither simply a ‘crime of opinion’ that’s being put on trial, nor the censorship of the democratic freedom of expression: this is the war that authority is waging against the bond between thought and action that lies at the basis of anarchism.

By trying to strike publications, blogs or any other means of communication anarchists decide to use, repression only reaffirms the validity of these means: to be a thorn in the side of subjugation and silence.

(translated by Act For Freedom Now)

[1] Turin’s prosecutors have produced several judicial proceedings based on this framework in the last two years, which resulted both in the attempts to put 3 eco anarchists who had been previously sentenced in Switzerland for attempted sabotage to IBM, on trial yet again for article 270bis and to investigate and charge anarchists engaged in a solidarity fund for prisoners, with raids and warrants, using the same article 270bis.

[1] Turin’s prosecutors have produced several judicial proceedings based on this framework in the last two years, which resulted both in the attempts to put 3 eco anarchists who had been previously sentenced in Switzerland for attempted sabotage to IBM, on trial yet again for article 270bis and to investigate and charge anarchists engaged in a solidarity fund for prisoners, with raids and warrants, using the same article 270bis.

[2] Pagine in Rivolta was published under the subtitle ‘revolutionary anarchist periodical’ from 1997 to 2002, with 14 issues that had a variable circulation that reached one thousand copies. It had articles of analysis and critique of the anarchist movement, chronologies of direct actions, claims, prisoners’ lists and news on repression.

[3] (The first of the Black Cross series in the Italian language was the historical version published from 1969 to 1973 in support of Spanish anti-Francoists, with the additional involvement of Pino Pinelli and Stuart Christie’s Anarchist Black Cross.) The CNA bulletin targeted by repression is the one published from 2001 to 2005, and today’s CNA published since 2014 with a blog and a journal. The editors of Croce Nera Anarchica of 2001/2005 were the targets of the 2005 ‘Operation Croce Nera’, a 270bis operation, which led to the arrests of seven comrades that led to no avail, 3 of whom are among those investigated within Scripta Manent.

[4] KNO3 came out in 2008 as a single issue that was subtitled ‘revolutionary anarchist paper’. In 2008 it was the object of a 270bis investigation, ‘Operation Shadow’, led by Perugia’s prosecutor Emanuela Comodi, in collaboration with the ROS carabinieri forces, in which the associative crime was dropped during the first degree trial; in 2015 the appeal trial resulted in a sentence against A.C. and A.B., whilst a third comrade was put under investigation for article 302 with the aggravating circumstance of terrorism linked to articles published in KNO3; other comrades were sentenced for the sabotage of a railway track and for car theft.

[5] ‘Operation Ardire’ began in Perugia with prosecutor Comodi, in collaboration with ROS carabinieri forces and led to seven arrests in June 2012. It was based on article 270bis and referred to a series of attacks claimed by FAI/FRI between 2009 and 2012. The jurisdiction of the case passed from Perugia to Milan after a high court ruling in the appeal court, and for some of the accused, S.F., E.D.B.,G.P.S. and G.L.T., it was passed from Milan to Turin and brought into Scripta Manent. All those imprisoned were released in 2013 after serving the maximum term.

[6] D.C. was arrested during one of the raids within Scripta Manent after electric material for common use (9-volt batteries and bulbs) was found in his home. Prosecutor Francesca Polino from Rome opened a separated proceeding against him, whilst keeping him in the high security AS2 regime.

[7] From 2003, because this is the year identified as the beginning of FAI following the attack on the interior minister at the time, Prodi and because of the text that claimed responsibility for it. For some of the accused, it’s 2008, because they’d already been put under investigation for the same attack, without having been formally charged.

[8] This refers to: the explosive device against the RIS carabinieri forces in Parma in October 2005, an action claimed by Coop. Artigiana Fuoco e Affini (occasionally spectacular)/FAI; the explosive/incendiary parcel sent to the then mayor of Bologna Sergio Cofferati in November 2005, also claimed by Coop. Artigiana Fuoco e Affini/FAI; the double explosive attack on the carabinieri training centre in Fossano (CN) in June 2006 claimed by FAI/RAT; the explosive/incendiary parcels sent to the then mayor of Turin Chiamparino, the director of Torino Cronaca Beppe Fossati and placed on the premises of Coema Edilitia, a company involved in the construction of the CIE in Turin in July 2006, all claimed by RAT/FAI; the 3 explosive devices set off in sequence in the Turin neighbourhood of Crocetta in March 2007 and claimed by RAT/FAI.

[9] In the summer of 2012, during the investigation and subsequent arrest of A.C. and N.G., prosecutors in various Italian jurisdictions reopened a series of archived case files relating to the attacks that the FAI had claimed over the previous 10 years.

[10] In 1995, about thirty anarchists were arrested and put on trial by Rome’s prosecutor Antonio Marini in collaboration with ROS carabinieri forces for article 270bis, in addition to a series of specific offences. The associative charge referring to the so-called ORAI organisation was dropped in 2004 and a sentence for subversive propaganda and other specific offences were confirmed.