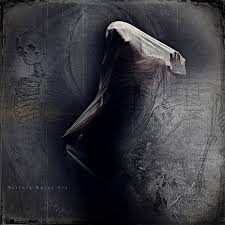 The comrade Alfredo Cospito, imprisoned in AS2 [high security wing] in Ferrara for kneecapping of Adinolfi and who recently received a new arrest warrant for the operation named “Scripta Manent” — an operation which has led, on request of the Turin Prosecutor’s office, to a new wave of prison guards censorship on the prisoner’s correspondence — writes to us that his texts are being systematically confiscated.

In particular, Alfredo has sent a long contribution for a new publishing project, a new anarchist magazine of agitation and of theoretical analysis, which should be published at the beginning of next year. Alfredo wasn’t aware that his letter has been confiscated until 10 days after he sent it, when he did not receive any answer from the addressees who, unaware, actually urged him to send them the welcome contribution. In other words, the head of the wing, whose sad and infamous job is to photocopy every incoming and outgoing letter for prisoners subjected to the censorship and to send a copy to the prosecutor Sparagna [in charge of the Op.“Scripta Manent”], decided that in this case the spying was not sufficient; that the comrade’s text was not to come out at all.

A decision that at least has the merit of shedding light to the repressive hypocrisy of the democratic regime. The Power is not interested only in repression over those actions which answer with righteous violence to the immeasurably greater violence that the State and the Capital perpetrate every day in order to preserve their domination. The Power, from the Turin anti-mafia magistrates to the miserable jailers in Ferrara, doesn’t even tolerate for the prisoner comrades to continue to write, to agitate, to provoke, collaborating with, maybe even confronting, the reflections of other individuals who are not willing to be subjugated anymore.

You will never be able to isolate imprisoned comrades.

We would have preferred to publicly announce the publication of our magazine at the moment when it would actually be ready.

We will go forward with our publication, all the more proud knowing that it is already making the bureaucrats of repression nervous. Convinced that our complicity with Alfredo and with other imprisoned comrades it could not certainly be expressed in its whole joyful sincerity merely on the pages of a periodical.