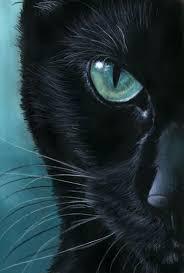 Here are two communiques by Ghespe, written with a month between them

I was arrested along with 7 other people in the umpteenth Digos [General Investigations and Special Operations Division] and ROS [Special Operations Group of Carabinieri], operation. Imagination never fails that scum (wish their health also failed them) and anyone who even just glanced at the newspapers knows very well how they went crazy this time too. But it must be said that although the papers read like a thriller (pretty third rate), they mention 3 events that have little to do with the imagination: the Molotov that flew over the Carabinieri barracks in Rovezzano in April, the ‘device’ that exploded at the casapound bookshop ‘il bargello’, where a specialized police bomb disposal expert lost an eye and a hand, and the fact that all those arrested are anarchists. Up until now Paska and I are the only ones to be held in jail.

One of the things in the papers that struck me, but didn’t surprise me, can be found between the lines of the document of validation of the arrest: …the overall behaviour of the person under investigation and the fact he continues to mingle in anarchist milieus… Personally, as I live my anarchist tension, I’ve always taken the possibility of imprisonment into account; and now, without any victimization, here I am! What to say… the struggle continues in every kind of prison… for anarchy.

Our passion for freedom is stronger than any cell.

I’ve been in the 5th unit since the first day of my imprisonment, and didn’t go through ‘arrivals’. I’m starting to get used to the place and to know the other prisoners. At first the unit was quite animated, with daily uproar even if mainly between prisoners (sic!). Food is not edible 3 times out of 4 and on Sundays there’s no dinner, so those who can’t buy anything…

I’m with a Kurd in the cell (we are 55 in the unit) and we get along quite well. About ten days ago we had a search, the typical monthly search, which however didn’t have anything typical about it this time. Instead doing the whole unit (19 cells) they did from cell 5 (ours) to cell 8. They made us all go to the yard where we stayed for half an hour. As I went back to the cell I was a little astonished at their insolence; they’d completely turned the other 3 cells upside down … in ours they didn’t touch a thing!! They left everything as it was, they seized weights made out of bottles and the rubbish (which I had left empty the night before… and they didn’t allow me to check it). Odd also was the presence of a MOF member, the squad of ‘working’ prisoners who take care of prison maintenance under the guards’ constant watch. No one in the unit had ever before seen a MOF member during a search, and someone heard the inspector saying to him: ‘go directly to cell 5’. Okay!! The cell is what it is, a good point is that there is a sort of little balcony (which has allowed many prisoners to put the cell on fire whilst protecting their safety a little. 4 or 5 episodes since I’ve been an ‘unwillingly guest’ here… never in this section). The relation with the guards is one of reciprocal indifference, apart from 3/4 of them with whom it was ‘love’ at first sight. Closed regime, i.e. you get out only for the exercise yard, 2 hours in the morning, and 2 hours for lunch, and to go to another cell for sociality.

The investigation speaks for itself, with a timeworn methodology, with all its fanciful and/or paradoxical nuances. Now, starting from the assumption that I piss (spare me obvious jokes) on the innocent/guilty categories of those who only care to preserve the system, even less do I want to analyse the event in ‘juridical terms’, which I despise. Although their typical ‘corruption of language’ is obvious, and I’d say even taken for granted from a functional point of view, I admit that I never stop being struck by their ‘Orwell-like’ way. Like when they talk of ‘organized crime with the intent to impose one’s ideology with violence’, with leaders and followers. Well… said by who by following their goal and principle impose their social system on all individuals, with cop and military violence, all sorts of courts and prisons, infrastructures and control systems managed and made possible by automaton/individuals in strong capillary fashion in the cancer they call ‘civil society’ where they want to constrain us. Where everything that goes beyond indignance is considered not dignity but a vile gesture to be punished. Those who know me guess that such a paradox could even make me laugh, besides making me angry, if it wasn’t for the fact that Paska is in jail precisely for this! To him my warm brotherly hug and I hope my letter arrives late in respect to his being released! A big hug to you too, Greg!

A thought also goes to the anarchists recently arrested in Turin and those imprisoned following ‘Scripta Manent’ and to all the individuals who put their lives at stake, each one with their practices and tensions… for Anarchy!

Prison is one of the main expressions of repression in the prison-society; as such I’m trying to understand it as best as I can and I’m trying and hoping to contribute to destroying it.

P.S. For GUAP: Our passion for hooligans’ chants is stronger than any serious stuff!