Italy: Declaration of “Scripta Manent” accused at the hearing of May 31st 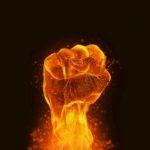 In view of the presence in solidarity at the court on 31 March, we are writing these few lines to reaffirm a few fundamental concepts regarding this trial and the court carrying it out. First of all, we reaffirm our closeness to the arrested comrades: for us they are brothers and the pride with which they are confronting this little theatre makes us proud.

We also reaffirm our attachment, stronger than ever, to the anarchist ideal and our hatred of this society that thrives on death and exploitation. We are anarchists, it is normal for the State to attack us, we do not expect anything else from you and this is why your repression does not surprise us except for its clumsiness and scares us even less. In fact, after a year and a half you find us with the same positions of attack on this system. We are accused of terrorism, but we continue to point the finger at the State and its laws that you administer which legitimize the exploitation, exclusion and death of millions of people throughout the world every day, to protect the interests of those who profit from all this. It is you who are under accusation: the dead in the wars in the Middle East and Africa, those who drown while fleeing poverty, the increasingly fierce exploitation of labour, the plundering of resources and the destruction of ecosystems, living conditions more and more like survival and the ever deeper interference in our lives by the State. The law would like to treat the dissent that all this generates with jail, branding it as a crime, but it takes a lot more to shut us up.

War to the State, for Anarchy.
Nothing is finished, everything continues.

(tranlated by: Act For Freedom Now!)