Italy: 5 arrests and 30 serches for the attacks of Informal Anarchist Organization (FAI) 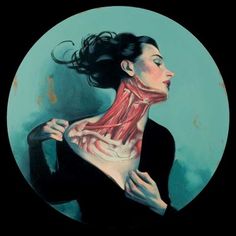 In the early hours of September 6, an operation coordinated by Digos [political police] of Turin led the searches of 30 homes in various Italian regions (Piedmont, Liguria, Lazio, Umbria, Lombardy, Abruzzo, Campania, Sardinia and Emilia Romagna) and the arrest of five anarchist comrades accused of subversive association with terrorist intent: Anna, Marco, Sandrone, Danilo and Valentina; in addition, a notification in prison for Nicola and Alfredo.
The operation, called “Scripta Manent” [from Latin proverb “verba volant, scripta manent” — spoken words fly away, written words remain], tries to attribute to a single direction a series of direct actions claimed by the Informal Anarchist Organization, reproducing in this way the same repressive strategies of some previous operations, such as Servantes and Boldness (“Ardire”), and trying to impose an associative and vertical structure on the expressions of anarchist conflictuality.

In particular, the attacks inserted in this investigation include the parcel-bombs sent to the CPT’s [retention centres for immigrants] director in Modena in May 2005, to the traffic-cops barracks in Turin-San Salvario and to the chief-police of Lecce (claimed by FAI/Narodnaja Volja), the explosive device against the RIS barracks [carabinieri forensics] in Parma (October 24, 2005, claimed by FAI/Cooperativa Artigiana Fuoco e Affini-occasionalmente spettacolare), the parcel-bomb sent to the Mayor of Bologna Sergio Cofferati (November 2, 2005, claimed by FAI/Cooperativa Artigiana Fuoco e Affini-occasionalmente spettacolare), the devices against the carrabinieri cadets’ barracks in Fossano (June 2, 2006, claimed by FAI/RAT-Rivolta Anonima e Tremenda), the devices placed in the Turin neighbourhood, Crocetta (Mart 7, 2007, claimed by FAI/RAT); among the other actions also the wounding of Adinolfi (May 7, 2012), despite the fact that two comrades have already been convicted and have publicly claimed this attack, to corroborate the crime of association.
It seems that the investigators, felt the need to structure their clues, used even the linguistic and graphology experts, in addition to the electronic and computer surveillance, and tailing.

Probably, the male comrades will be transferred to the prison of AS [high surveillance] in Ferrara, and the female comrades to Rebibbia in Rome, but we prefer to await confirmation before publishing the addresses.