Gross Misconduct and the Guerrila Massive
Poems and Lunacy from Bristol 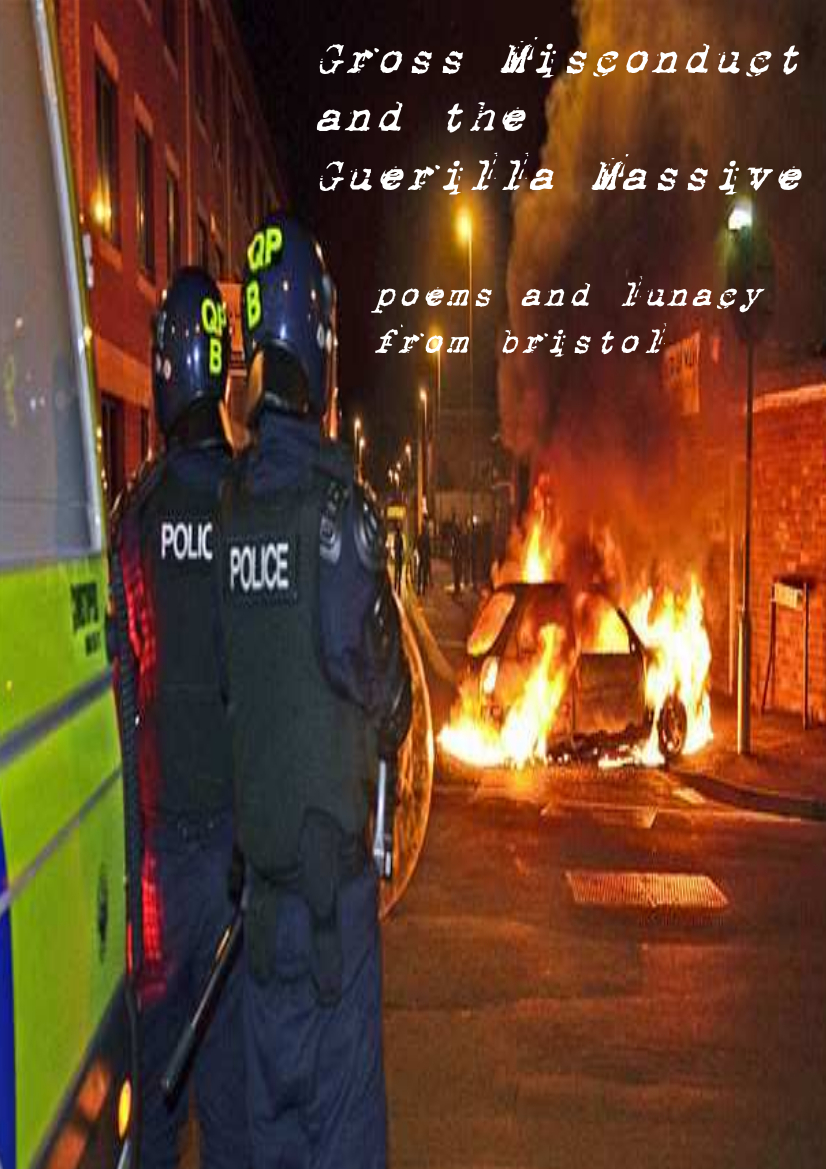 This title refers to a guy who was sacked at Bristol flying school who smashed his ex-workplace up, smashing all the windows, computers and ripping all the phones out, causing £200,000 of damage, and writing in his own blood, “Gross Misconduct” on the wall. He escaped the scene but was arrested at a later date. It took the company a week to be back to normal. These types of events in UK are of a regular occurrence and show that many people just don’t give a fucking shit. They will fightback when they meltdown.

These are some of the observations I’ve put on paper that warm the spirit in my blood, not patiently waiting on bus stops or dole queues, or smiling at people I don’t give a shit about, but I do it all the same, because it helps the day run along that much smoother. I kick myself for the social compromises I make, politeness for an easy ride.

[...] The bigger problem, far larger than the cops, is the self-policing, self-regulating activist-anarchist badge-wearers. They’re two-a-penny in the pound-shop, jumped-up, in your face, waving the finger at anything slightly violent.

Beware you are being monitored.

Yeah, the cops might see us as lawless, reckless bastards, prepared to give them the runaround at any given moment, but they sure can’t write us off as bleating hot-air blowing wankers content with shuffling paper and networking for more numbers. As a comparison of our lives, it’s like being wolves; we travel large distances together sometimes over rough ground to hunt a selected target. Then after a short feast, we disperse. We never do the hang-out thing in public arenas together, open space where we could be shot down or captured. The time of celebration is short-lived. Maybe this is the nature, the price, of this beautiful struggle, not a back-slapping orgy of self-congratulation for taking the path most trodden.[...] 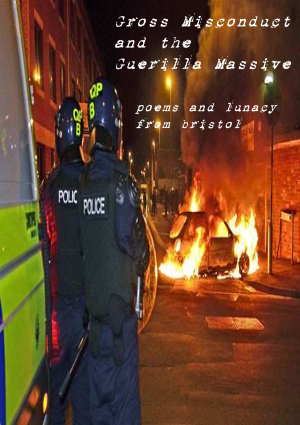