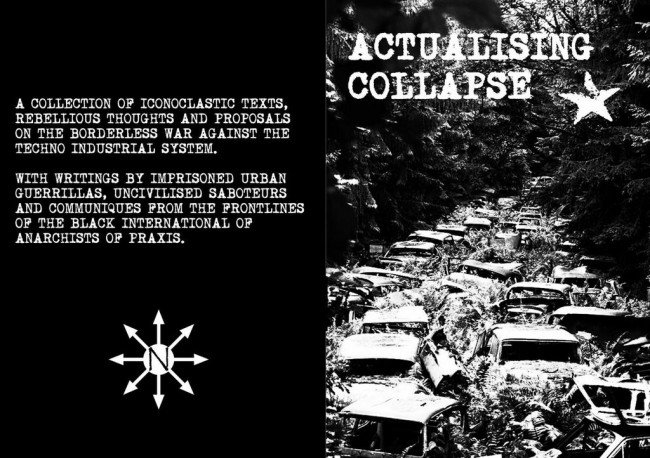 Actualising Collapse is a collection of iconoclastic texts, rebellious thoughts and proposals on the borderless war against the techno-industrial system, with writings by imprisoned urban guerrillas, uncivilised saboteurs and communiques from the frontlines of the black international of anarchists of praxis. As this publication has taken much longer than originally thought to complete, some of the communiques within in its pages have surely been well read by now, however we believe it is important to run printed copies of said texts to avoid their inevitable disappearance into the void of the internet. Physical copies can be read anywhere, given to friends and best of all they wont give you a fucking headache like attempting to read zines on some glowing screen. So keep an eye out for printed copies around the UK and feel free to print and distribute it without hesitation. Articles concerning illegalism, individualism, tactical analysis with some rants and poems. 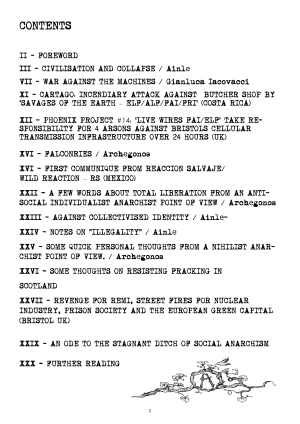