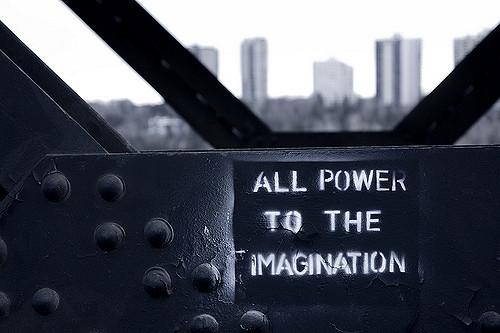 When extensive strikes and workers’ and students’ riots took place in France at 1968, one of the slogans back then was “All power to the imagination”. Czech police and courts now have their own interpretation. They assert their authority through fostering their own imagination.

When police wanted the arrest warrant on me, their claimed reasons for that were speculative statements and bunch of random bullshit. Obviously, it was enough for getting the warrant. It is even scary, how powerful their imagination can be.

It was written in certain documents: “Lukáš B. doesn’t have any permanent residence in Czech republic. Based on current investigation it was found out, that in time of October 2015 till December 2015 he was moving on the territory of Slovakian republic in Žilina town surroundings. Then, at April/May he was moving in Slovenia in Ljubljana city surroundings. From that place he moved most probably to Holland, accompanied by (person’s name). Then, it was found out, that at the beginning of summer (June 2016) Lukáš Borl took part in secret meeting of militant animal right defenders Animal liberation front (ALF), which took place at France, in Marseille city surroundings, under name RAT ATTACK. From the uncovered communication it is clear, that Lukáš B. plans to travel alongside the coast of Italy, France to the border of Belgium and Netherlands, where he is supposed to have a job – photographing for magazine about migration. Special sings of searched person: brown hair, beard, 8–10 dreadlocks on the head, 15–20 cm long.”

What kind of investigation could lead to writing such a nonsense? In all this construction there is only one true statement – at that time I truly didn’t have a permanent residence in Czech republic. What kind of communication police have “uncovered”, if they deduce absolutely false statements? Apparently, all the investigation and “uncovered” communication took place only in police officers’ heads. Just casual excogitation, as we can call it. Of course, police will think of a better name for what they do, simply because to admit that their authority leans on excogitation and investigation inability, is not tactical at all. 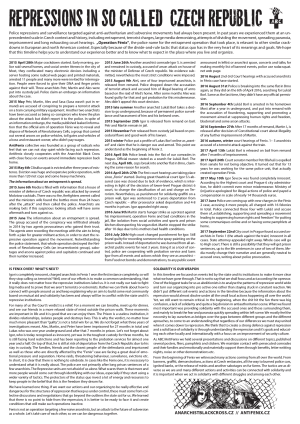