Brasil: Months for anti-authoritarian agitation for the anarchic offensive against “Operation Érebo” 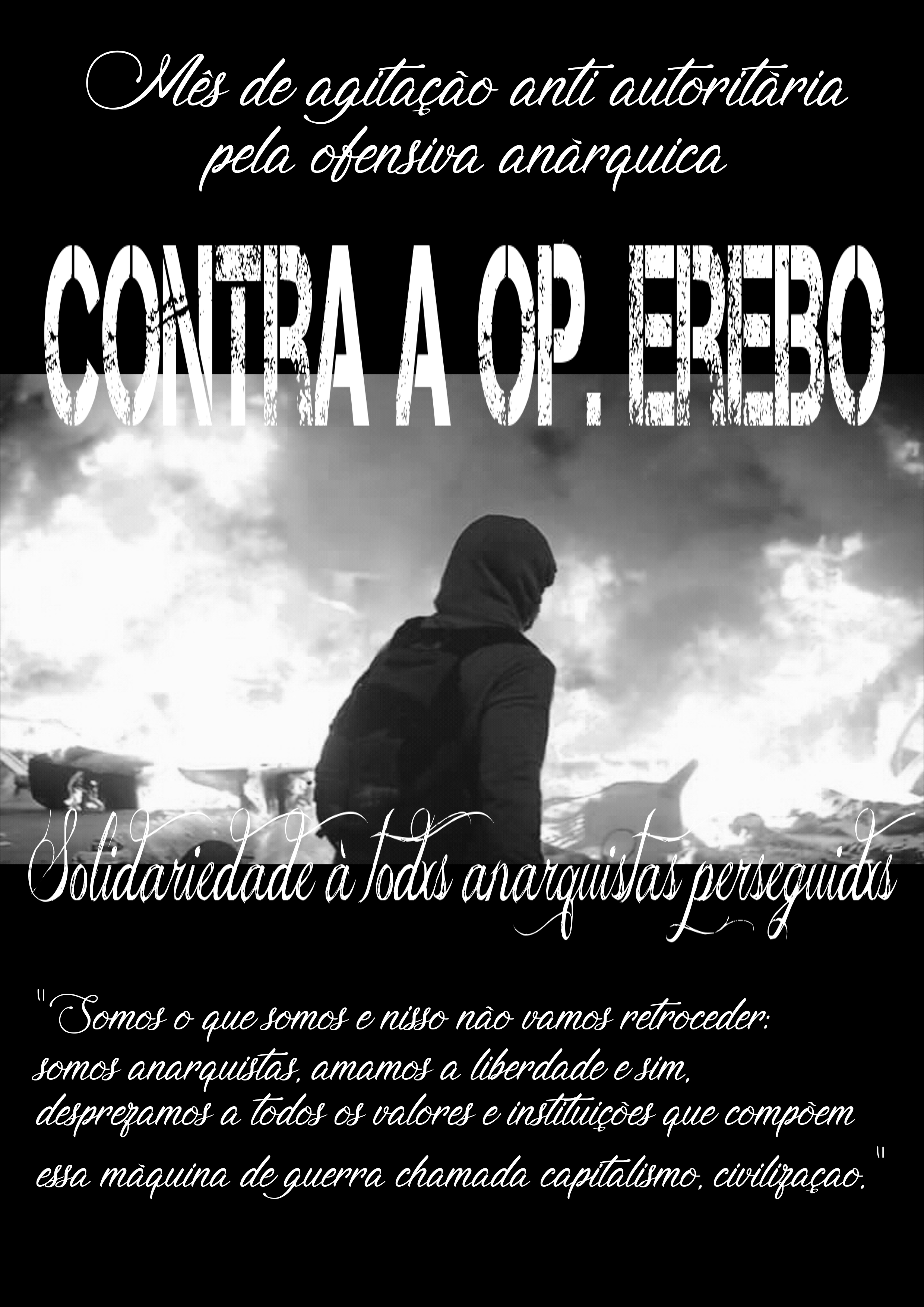 Insubmissive solidarity to all persecuted anarchists in the southern region of the territory dominated by the Brazilian state.

We call for extensive action in the months of February and March in response to the “operation érebo”.

In 2017, the civil police of Porto Alegre initiated the so-called “érebo operation” to persecute anarchists and libertarian spaces. It is clear for us that the state wants to overthrow everyone who makes their ideas a real threat.

No aggression will remain unanswered. In light of this, we call for immediate responses to come from all corners against the enemy. We will not be in the cowardly defense, waiting for the next juridical police step to hit us.

Let the idea spread within all dominated territories like the fire of unconquered rebellion. May the words of rebellion blow upon the wind through the world.

COMUNICATION IS A WEAPON!
FOR STATELESS SOLIDARITY!
FREEDOM WILL PREVAIL!

“We are anarchists, we love freedom and yes, we despise all the values and institutions that this war machine called capitalism and civilization is comprised of”