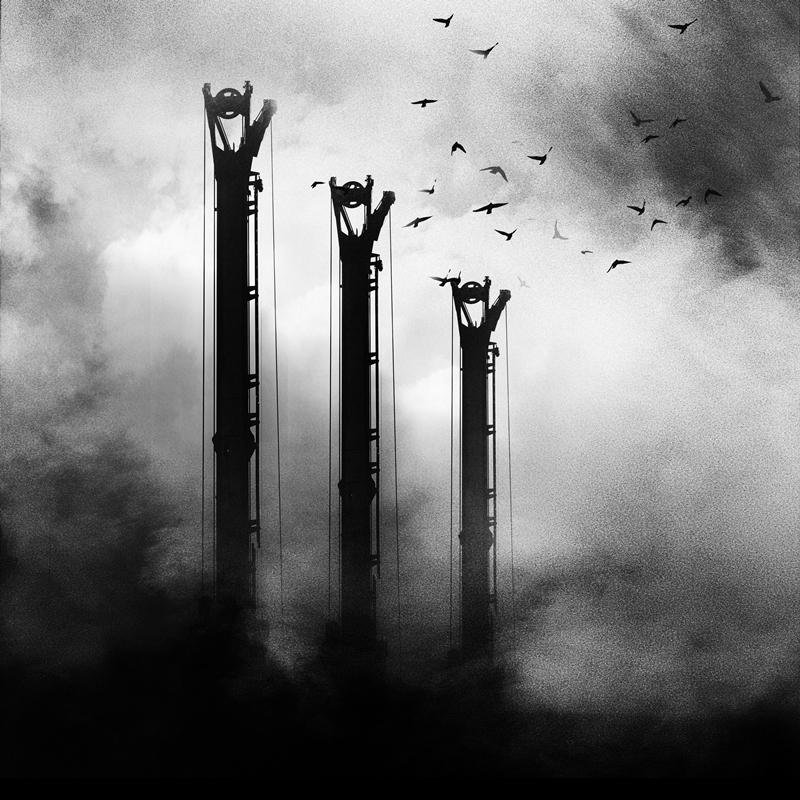 In these three years I was faced with choices which led me by the hand through a path fraught with crossroads and bifurcations.

Like on a minefield, I had to decide carefully where to step, with my pride and my self-respect at stake. The first choice I had to face with was whether I should continue to contribute, or let the prison overflow me, patiently waiting to get out. As limited as my situation is, I chose to continue to contribute through the written word. Once I made this decision I faced another crossroad: whether to confine myself — ecumenically — from this “high point” of my “status” (sic.) of a “revolutionary” prisoner — to bestowing blessings in each directions, applauding to every anarchist practice, paying attention not to make any enemies; or to use the weapon of critique, ever more harshly, trying to outline some analysis, to open some discourses. I chose the easier way (at least for me): openly push my critique to the extremes, at the cost of isolation (less letters, less information, less generic solidarity).

But always aware of the abyss between the thought and the action.

Words, strong as they may be, always carry something that sounds phony, even when they pose real, concrete risks, which may effectuate in years of prison for apology or incitement.

In “my” cell, the words I listen to most carefully are those that follow the actions, those which become flash and blood. They are alive, real, there’s no mistaking. They differ from the continuous blabbering in the background of an anarchist movement withdrawn in itself, affected by an embarrassing lack of courage and fantasy. A movement that feeds on appearance, on rhetoric and sometimes on demagogy, with its demonstrations, assemblies, communicative marches, campaigns of information and on rooting in a territory, a continuous blah blah. You don’t have to support claims of responsibility, but you know for sure they are honest because they are products of an action, because they’re written by really taking part in the game, putting one’s life in danger. In these times of virtual reality it is no small thing, and when then these claims talk to each other becoming campaigns of action, the background noise, the blabbering, definitely disappears, and everything gets more serious, more dangerous, more real.

Most of anarchists here in Italy today seem to be affected by a gregariousness and by a soporific prudence. We are limited by thousand fears: fear of being buried alive in some prison, fear of dying in an action, fear of being left alone without the consensus of the people or, of be pushed aside by our own comrades. Overcoming these fears would make us more lucid. Many “struggles” are built on these fears, they are product of these fears. The fear poisons us, the compromises are its poisoned fruits. Then, with nice words, nice theories, nice long-term strategies, they take care of painting the whole shit in pink, pushing us towards prudence, to political “realism”. But, unfortunately, even if painted pink, the shit always remains shit. That is precisely why the half-measures should not make any sense for an anarchist.With the progress of technology (the armed wing of civilization) the time available to us becomes limited. The civilization feeds on everything and on the opposite of everything. On democracies and dictatorships, science and religion, civil liberties and the free market, consent and coercion, capitalism and socialism, eco-compatible commodities and nuclear plants... A thousand of facets of just one phenomena, that of civilization, held together by the glue made of a technology more and more invasive, which is destroying not only the human being, but is overturning the whole life on this planet. With a stake of this kind any half-measure, any non-destructive action is a useless palliative, an inexcusable waste of time. There is no need to listen the finest spirits of “revolution” anymore, who always find an excuse to postpone, to complicate the things. More and more frequently the wait-and-see policy and the gradualism are justified with the excuse of being understood by people, of the need of being rooted in a territory. Aiming for the so called “reproducibility” of small actions leads to increasingly insignificant practices which result in passive resistance or in civil road-blocks, always in good measure, never excessive, postponing the violent clash with the system for a tomorrow that will never come. There is no need for proselytism; too much dwelling, too much questioning, make us empty, incapacitated.

Too much information is equivalent to no information. The smell of academy, of politics, of fear is too strong around here. What to do? Look for affinity comrades, encouraging with action the real, living forces. “Throw the heart over the hurdle”, regardless of consequences and of “revolutionary” strategies, countering the spasmodic and obsessive pursuit of consent, support positions which put in danger the quiet life of word and assembly specialists. Give ourselves the tools to communicate with each other, without authority, without knowing each other personally, through words that follow the actions, bypassing spokesmen, getting rid of intermediaries of ideology and mediation specialists once and for all. The already tested and efficient campaigns of action are the biggest result of this communication without authority, away from any organization or coordination.

Let us rely on our most irrational, most natural instincts: rage, hatred, love, brotherhood, sisterhood, vendetta.

Let the will of destruction never again become a creator, nothing needs to be built.