The Story of a bank robbery
Giannis Dimitrakis, the "Robbers in Black" and another spectacle of anarchist terror 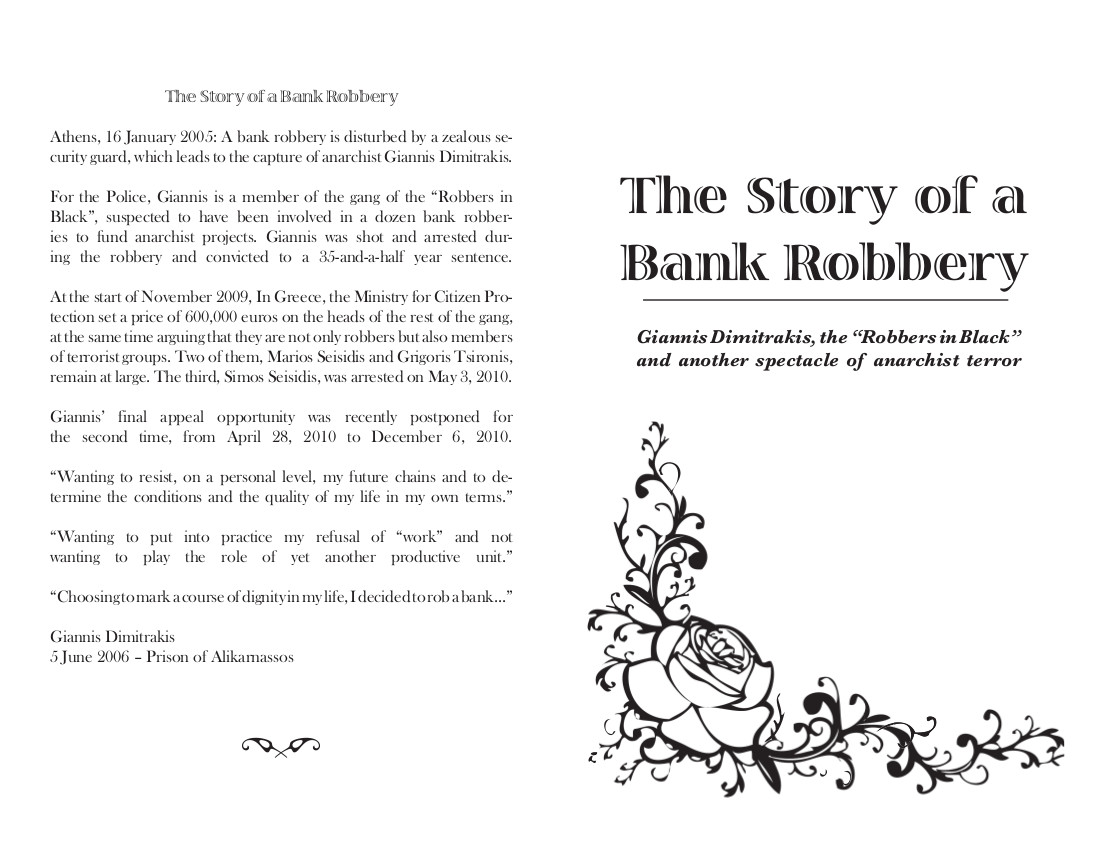 On the afternoon of Monday 16th January 2006 Giannis Dimitrakis took part in an armed robbery at the National Bank of Greece in the centre of Athens. After an exchange of fire with 2 cops from aspecial unit, one of the participants Giannis Dimitrakis, was seriously injured when shot by the cops 3 times in different parts of his body. The other 4 participants managed to get away from the scene with about 50,000 euro, with one of them also slightly injured. Giannis, who openly admitted that he is an anarchist, stayed in different hospitals for a few months till he recovered, then he was sent to Korydallos prison of Athens. In another parody of the Greek justice system Giannis was charged with 7 robberies! Also he was charged with numerous counts of attempted murder, topped with the anti-terror law! Its not the first time that a fixed charge is given towards anarchists in Greece.

This zine is a collection of writings from Giannis and other anarchist comrades in Greece that explains his personal position on the robbery and deals with the events that have transpired since his arrest, the massive Greek prisoner uprising in 2008 that was sparked by the beating of Giannis in the prison of Malandrino and the details surrounding his current legal situation. Giannis himself explains in one of his letters the reason for his choice of target: “the level of awareness that my thinking and my theories give me allow me to see clearly that modern society is based on violence, oppression and exploitation. It’s a system that sacrifices human lives in the name of profit. Obviously, banks are one of the major accomplices of this situation. Banks are legalised usurers and are mainly responsible for the exploitation of people.” 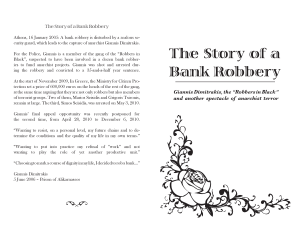