Why we set your nights on fire
Communiques of greek nihilists 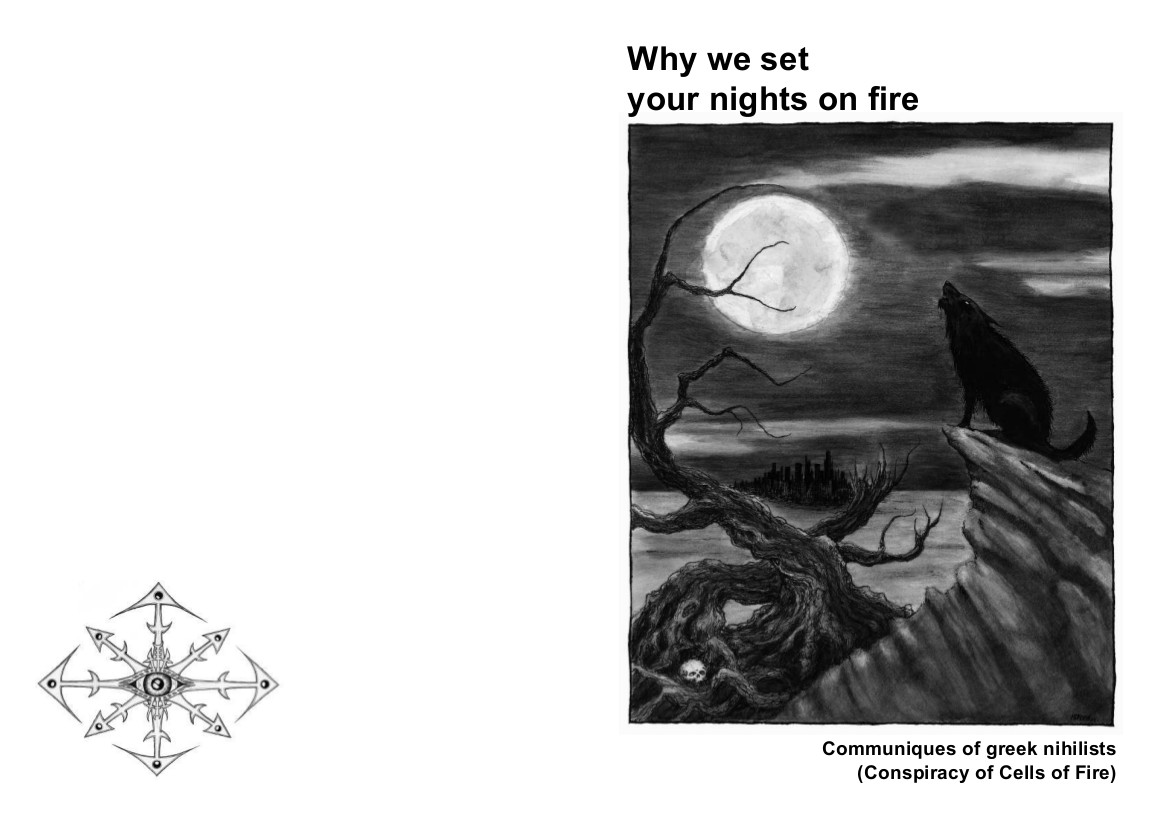 In these modern societies of hyperactive inertia, in which every idea of history, which also means any idea of the human capacity to organize the affairs of human beings according to their own wishes and intentions, has diminished nearly to zero, it very rarely happens that at least some people bring themselves into a position of assessing these societies in a fundamental and total way - which is the only adequate way because we are dealing with fundamental and total societies leaving practically no niches of potentially creative disorder. However, in Greece such people exist (or should we better say existed - since most of them ended up in prison and their organizations have become all in all dysfunctional?). One of these associations of people called themselves the Revolutionary Cells of Fire. They came into being several years ago as one phenomenon of developments that epitomized in the Greek unrests of December 2008. Laudably, their fundamental approach to society, as is documented in the texts collected here, is characterized by a strong individualism directing permanently towards collective collaboration - and directed not only against the ‚system‘, the ‚structures‘, the ‚relations of production‘, the ‚power‘, but against the every-day life of every-day people, who, as we all know from our own lives, are in every detail entangled and compromised in this still inhuman society. Unfortunately, also expressed by these texts, and also by the practice of these people, such an approach nowadays seems only to be possible if you not only make a radical individual break with life in this society but also only if you are prepared to accept that this break unleashes very few positive dynamics but instead exposes your life to a whole range of negative, sometimes deadly forces. In this sense, it is not wrong to declare that these days to strive for revolution means fi rst of all to resort to nihilism. Paradoxical maybe, but apparently true anyway. But see for yourself. Et al., April 2014 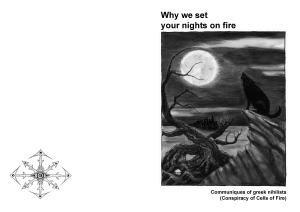