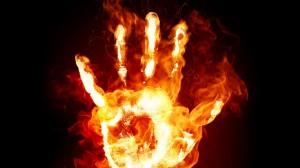 in august, rome empty and it’s hot, smoking and drinking beer on the square gets boring quickly. to break with the repeated everyday life and feeling angry about too many prisoners of social war, one night we decided go around doing some damage. soon we ran into a vehicle of the diplomatic corps, and we torched it joyfully. it’s easy, all it takes is a pack of firecrackers!

with this action we wanted to send a solidarity greetings to all anarchist prisoners in jail.

and to riccardo, held in hamburg prison

[in the meantime, comrades paska and riccardo have been released, respectively, in november and in october; translator’s note]