“Hands Off!” — Solidarity-zine for anarchists accused of bank robberies in Aachen-Germany (11/2016) 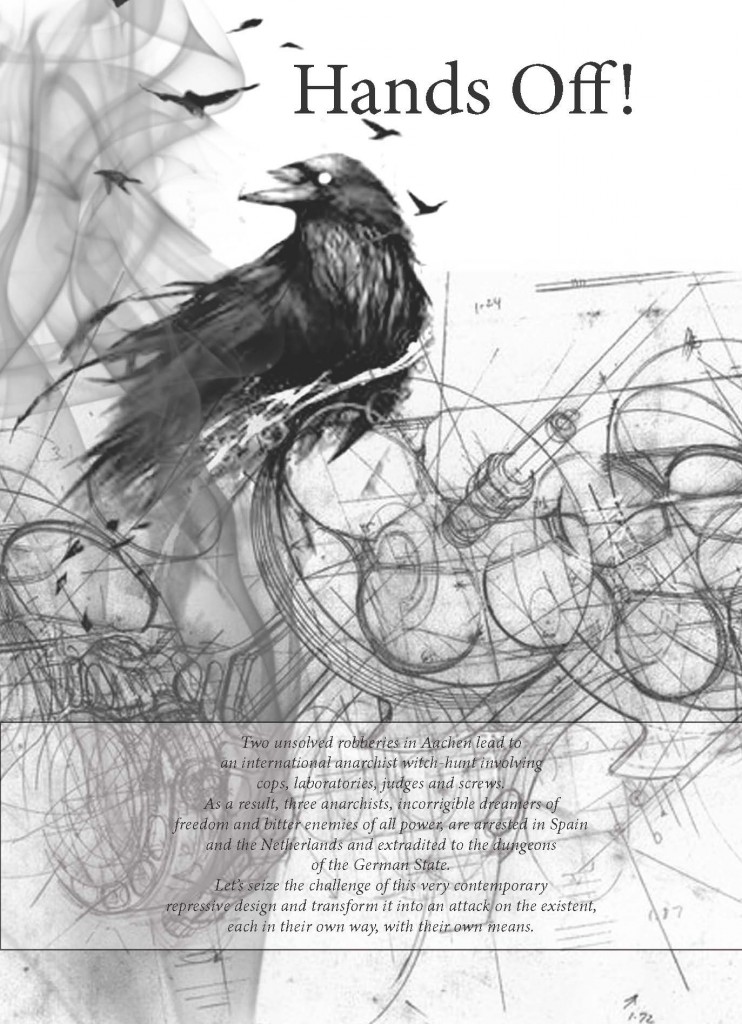 These pages shine a light on three anarchists presently sequestered in the dungeons of the neo dark ages as a result of the collusion between money lenders, science laboratories, judges and their henchmen.

It all began a few years ago. Two branches of dedicated speculators in genocide, worldwide slavery and domestic misery – Aachener Bank and Pax Bank, bank of the Vatican, – were relieved of a fraction of their spoils when employees obeyed the requests of some clients arms in hand. No shots fired, a couple of news items, examples of one of the few ways for the excluded to deal with banks: put one’s life on the line and take back some of what has been stolen from us all, in anticipation of destroying the bank itself and the exploitation that goes with it. If this elementary activity has changed little over the centuries, the retaliatory instruments available to such institutions through their eager defenders have extended to the laboratories of high technology (which they finance), opening up a new repressive era for those who do not accept the logic of misery and waiting.

If once the bosses’ hounds would sniff around for ‘clues’, they now claim to extract them from inside our very bodies, to which end they have invented a whole series of tricks, some of which are denounced in the pages that follow, after turning to their cyber colleagues and the now ubiquitous practice of DNA matching. As a result, three anarchists from various European countries have been targeted, accused, imprisoned and dispatched to the cages of the European superpower, boss of bosses, usurer of usurers.

This reality affects us all. The DNA banks are widening their perspectives, their final aim being the profiling of the entire human race. It widens the field of action for all those who want to have done with this world and have decided to act, fired by yet another repressive spectacle to the detriment of those who have never bowed their heads to power and its covenants.

A few anarchists in solidarity 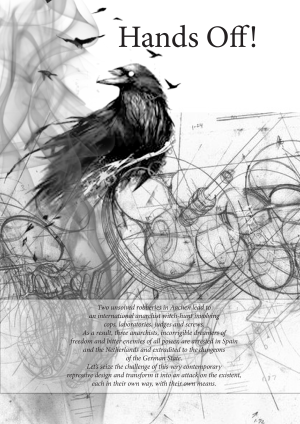