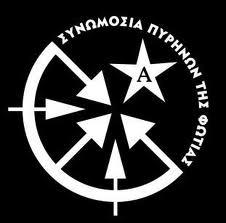 On Tuesday, 21/5, the member of the Conspiracy of Cells of Fire, Damiano Bolano, was released. The comrade has been in custody since March 2011 [precisely he was arrested on March 14th].

Freedom to all!
Until the last prison has been destroyed!
We support the imprisoned fighters morally, materially, politically.