France: Update about the situation of Vincenzo (August 14, 2019) 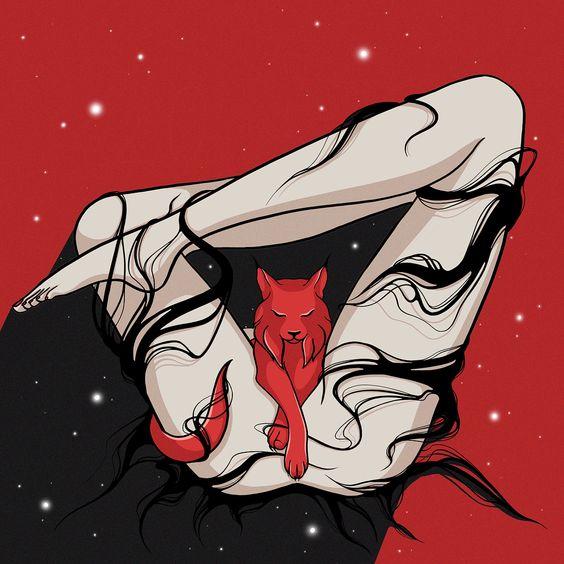 Following the arrest of the anarchist Vincenzo Vecchi, which took place in France on August 8, 2019, thanks to the joint work of the Italian and French police, this morning (August 14) at 11.00 am, at the Court of Appeal of Rennes, was held a hearing about the extradition to Italy. According to the fleshless information that has been possible to learn so far, during the hearing the judges decided nothing about extradition, as they would lack useful “different elements”. A further hearing has been set for August 23rd. So in that time he would presumably remain imprisoned at Rennes prison. To send mail or telegrams to people held in French prisons it would be necessary to have the specific identification code (numero d’écrou) that each prison assigns to the individual inmate to identify him and that, as regards the correspondence, should be indicated in the address in a precise manner. Unfortunately, by contacting the prison the answer is that this number cannot be provided (although in the other situations exactly the opposite has happened), but that it’s sufficient to indicate name and surname and the letters should still arrive. You can try. Below is the address:

Vincenzo was a fugitive and wanted since 2012, following a final sentence of 11 years and 6 months in prison that was imposed for the accusations (specifically, the crime of “devastation and pillage”) inherent in the days of revolt against the summit of the G8 which took place in Genoa in July 2001. Below is a statement read by Vincenzo in court in 2007, during the trial in which about twenty people were accused of the revolt against the G8 and some specific facts that occurred in those days.

First of all I would like to make a brief introduction: as an anarchist, I consider the bourgeois concepts of guilt or innocence totally meaningless.

The decision to want to debate in a process of “criminal actions” that are meant to impute to me and to other people, and above all to express here the ideas that characterize my way of being and to perceive things, could be object of wrong evaluations: it is therefore necessary to specify on my part that the spirit with which I release this declaration, after years of media spectacle of the facts debated here, is that in which even the voice of some defendant makes itself heard. With this brief intervention, however, I look for neither loopholes nor justifications: for me it would also be absurd that the court decides that it is legitimate to revolt, it is not up to it.

Rereading facts that happened under a certain point of view, with a certain type of language (those of the bureaucracy of the courts, for instance) doesn’t mean only considering them partially, but it means distorting their scope, their historical, social and political collocation, means completely distorting them from the whole context in which they occurred.

What is being challenged in this process, the crime of devastation and pillaging, according to the language of the penal code implies that “a plurality of people indiscriminately take possession of a considerable quantity of objects to bring devastation”: for this type of crime they demand very high sentences, and this despite the fact that they are not particularly odious actions or heinous crimes.

I have always assumed full responsibility and the possible consequences of my actions, including my presence on the day of mobilization against the G8 of 20 July 2001, indeed I am honored to have participated as a free man in a collective radical action, without any hegemon structure above me. And I was not alone, with me there were hundreds of thousands of people, each with his own poor means, he worked to oppose a world order based on the capitalist economy, which today is called neoliberal… the infamous globalization economic, which stands on the hunger of billions of people, poisons the planet, pushes the masses into exile and then deport and incarcerate them, invents wars, massacres entire populations: this is what I call devastation and pillage.

With that enormous open-air experiment done on Genoa (in the previous months and on the days when that event of planetary devastators and pillagers was held) that some latecomer still insists on calling management of the square, a temporal watershed was placed: from Genoa onwards nothing would have been as before, neither in the squares nor in the trials following possible disorders.

With sentences of this kind it paves the way to a modus operandi that will become a natural practice in similar cases, that is to say to strike in the pile of protesters to intimidate anyone who dares to participate in marches, marches, demonstrations… I don’t think it’s out of place to talk about measures preventive of psychological terrorism.

Instead I am not going to argue here about the concept of violence, about who perpetrates it and about who it must defend itself from and so on: this is not to assume ambiguous attitudes regarding the use or not of certain means in the class struggle, but because I consider this location is not suitable for facing a debate that is part of the antagonistic movement to which I belong.

A few words about the trial on the police.

With the trial of the so-called law enforcement forces is tried to give a sense of fairness… prosecutors wanted to compare violence between police and protesters to a war between gangs: without too many words I say that I wouldn’t dream of never to cowardly rage on people handcuffed, kneeling, stripped naked, or in an inoffensive attitude, with the precise intent to humiliate in body and mind… I am now used to feeling myself compared to provocateur, infiltrator, etc., and it’s hard, but be compared to a torturer in uniform, no… this statement is nothing short of revolting! It’s worthy of those who formulated it.

And then setting up a process for policemen and carabinieri [another Italian police force], just to remind us that we are in a democracy, means reducing everything to a handful of violent and insane people on the one hand, and on the other hand to cases of excessive zeal in the application of the code. This, in addition to being synonymous with intellectual misery, indicates the weakness of the reasons for wasting oneself in order to preserve the current social order.

From my point of view, prosecuting the police in parallel with the demonstrators means investing the so-called law enforcement forces with too important a role in the affair; it means taking away importance from the gestures made by the people who took to the streets to express what they think of this society, relegating everyone in their historical role as victims of an omnipotent power. Carlo Giuliani, like so many of my other comrades, lost his life for having expressed all this with the courage and dignity that has always distinguished those who aren’t subjected to this state of affairs and as long as relations between people are regulated by external bodies representing of a narrow social minority, he will not be the last. And since I am disillusioned and I attribute the right meaning to the word democracy, the idea that a representative of the established order is tried for having done his duty sincerely makes me smile. The State prosecutes the State would say someone rightly.

Surely there will be convictions and I will certainly not experience them as a sign of indulgence or fury towards us by the court. They will be evaluated, in any case, as an attack on all those who in one way or another will always have to put their existence at stake in order to upset the existent in the best possible way.