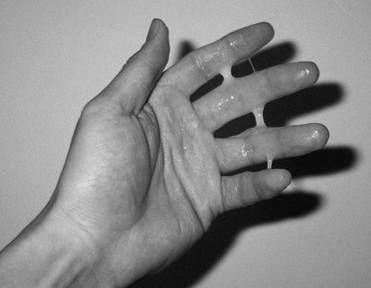 Just as we had been convinced that the eco-extreme/nihilist-right “Mafia” could not get even more ridiculous, we were sent this email below by the comrades of nostate.net. It’s a threat via their domain provider by the boss of the North American ‘indomitable’ “eco-extremist theorists”, Arturo Vasquez (Abe Cabrera), editor of eco-fascist journal Atassa to call the FBI. After all those other ‘indomitable’ ‘comrades’ of his hung him out to dry the only thing for him to do is threaten to call the police.

This threat the eco-fascist makes is nothing but a gift to us and shows what the pope Atassa is really about. A miserable snitch fantasist who thinks he can mock and threaten without consequences, moving around online spaces and blogs promoting the indiscriminate terrorism and authoritarianism of the Individualists Tending Toward the Wild (ITS) whilst attacking anarchy. A Catholic flea attached to the anarchist space and the controversy of spreading death threats against comrades, mixing up anarchist ideas with irrationalist and religious ones.

Vasquez, informer and worthless coward, doesn’t he think that the FBI and dozens of other security agencies don’t already monitor our site? Doesn’t this “Mafia” already know that if our small organisation can find out exactly where he lives, who he associates with, where he works and spends time, then the FBI might also know exactly who and what he is? Vasquez always was a useful idiot to the arms of the State, just like the entire “Eco-Extremism” trend.

Counter-information is an ongoing, continuous practice directed towards our anarchist, nihilist and anti-authoritarian aims. It really doesn’t matter to us if our site is taken down, it will be back in one form or another. Everything will continue.

Solidarity to the comrades fighting against authoritarian and misanthropic trash.

Dear Sir or Madam: My name is Arturo Vasquez, and I live in the United States. I have been the target of a harassment campaign based on mistaken identity from a site that you host, namely: 325.nostate.net

As you can see, my picture, a picture of my wife, and my address have been posted on that site, as well as death threats. Due to the nature of the threats, I do not believe that the webmaster would take these articles down. Please advise if you believe that this content is acceptable according to your current policies of website hosting, otherwise we will be forced to investigate legal action, as well as inform the FBI. Their posting of my address and our pictures on their site is not acceptable. Please find my contact information below. I look forward to your reply.