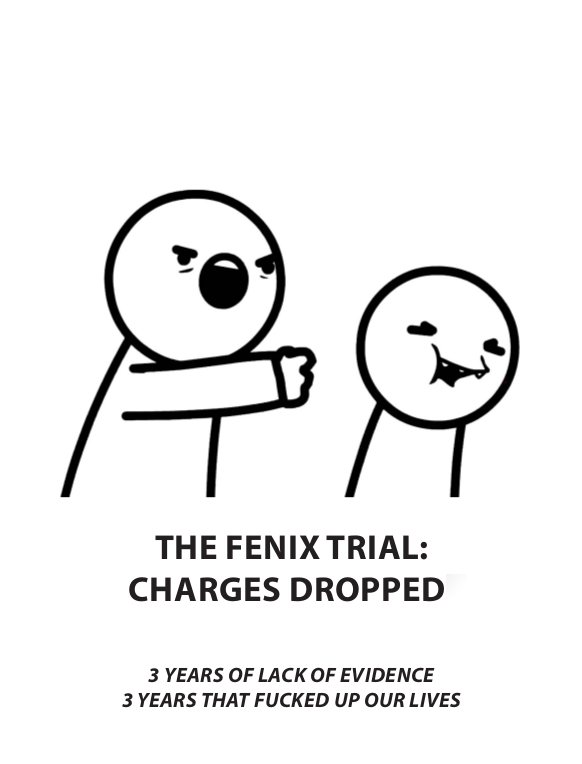 High court in Prague confirmed acquittance of all 5 anarchist defendants as result of appeal hearing on the 27th of March.

These are good news for sure and it also means that we overcame some part of “Fénix”, which meant something different to all of us: long months in prison, deprivation of anonymity or exhausting solidarity campaign, to put it shortly. Nevertheless, we shouldn’t make illusions about winning against repressions legally in courts, ever. Also High court’s decision doesn’t bring any kind of certainty for future, and already now we can see the top of other pile of police shit coming over horizon or even closer, a.k.a. Fénix 2, which literally is desperate attempt for revanche, an effort to get something against our comrades and restore a bit stinking idea of legitimacy of police and prisons, in czech context at least.

SO! Stay tuned. Solidarity is our weapon!