A few thoughts on the spectacle 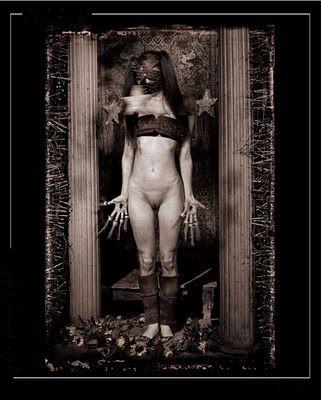 One of the main characteristics of anarchism is a disrespect for, and the will to confront, any form of authority and in that vein anarchists have been carrying out actions and developed theories and strategies with various results during different periods. Over the last 20 years the political/economical/social situation has been radically changed by the way society/civilisation has been progressing, and capitalism, which has developed to a phase where it is too hard to follow its authoritarian and destructive nature and performances. One thing is clear, the phase that civilization has now reached (to a great extent helped by the development of capital, but we must not forget that capitalism is not the only form of authority that must undoubtedly be confronted) is so destructive and aggressive that every day more and more people are becoming aware of this fact. Parallel to this, many ideas and movements have been born or reborn, or just become more visible or present: the eco movement, antimilitarist movements, vegetarianism/veganism, the animal rights movement, the animal liberation movement, syndicalism, anarcho-syndicalism, communism, neomarxism..., and in the end the movement of the movements, the antiglobalization movement. All of them with their own critique, claims and goals. One would have thought that the more enemies capitalism has the easier would be its destruction, but unfortunately the present situation is saying absolutely the contrary.

The spectacle is one of the important elements for capitalism to be able to function, to be able to create its followers, protectionists, to create all the apathy and alienation, and in the end (what I want to talk about in this text), its false critics.

In particular, a number of some would say important, I say spectacular, happenings took place during the last two, and especially one decade, like: the fall of the Berlin Wall, September 11, the war in Iraq... G8 summits, Nato summits... not exclusively, but all of these events were made or performed in such a way as to be a huge spectacle. And like every spectacle they were the target of many eyes, no person in the world did not know about them, TV and radio give them a lot of space; rich people, and governments of all countries, sociologists, historians, and experts of all kinds gave their opinions about them, their followers and admirers rushed to celebrate them in spectacular ways, again with the full attention of the media, but also the opposition did not wait a second to show their disagreement, in as a spectacular way as possible, again with the full attention of media...

The intention of this text is not to discuss who is right, and who is wrong, or to convince anyone into anarchism, but a critique of anarchist movement and the role it performed in this very well arranged spectacular show.

I’ll take for example the G8 summit as one of the spectacles in which many anarchists, and so called anarchist-activists participated in so passionately and fiercely. G8 summits, which see anarchists presented by the media due to their spectacular essence, and by the spectacular way the anarchists have played their role.

In other words; the rich prepared a spectacle (to serve their purpose which is pretty obvious and simple), and all the idiots of this world rushed to run after it. Media (and billions of eyes staring at TV screens), activists of all kinds, legal, informal... to expect socialists, neomarxists, NGO ecologists, human rights activists, antiglobalization activists... that just want to be presented in the media at any cost, is to be expected. Their critique, and their practice does not go farther then a pathetic show in media, just the will to be a part of the spectacle.

But what about anarchists in this whole prearranged show? Aren’t they opposers and enemies of the society of the spectacle, aren’t they the ones who attack the spectacle? Why then today those who declare themselves anarchist accept their expected role in the game prearranged by authority? Why do they accept being a part of the spectacle? In capitalist society everything is fragmented, nothing is viewed as a whole. We are bombarded by millions of images, information, millions of options, choices, paths to follow. If we accept things the way they are, if we accept even one of these prearranged fragments, paths to follow, we do nothing other than accept being a part of the spectacle. There are millions of so-called choices to accept (you can buy them, or even dumpster-dive them), millions of identities that serve to keep the existent logic, the logic of capitalism, logic of authority. You can be a decent citizen, a good worker, a banker, an architect, a farmer, a student, a police officer or shopkeeper, an exotic artist, ecologist, syndicalist... but you also can be a feminist, a vagabond, a hippie, a dirty punk, a football hooligan, an activist waving the peace flag, or the one throwing stones at the riot police lines (or the one “ready to enter”)... for every individual there is a role in this society, and all of these roles serve nothing other than to keep the existent order, the logic of the authority. In other words tons of shit comes into our mouths every day, and (as we are well taught) we just have to swallow it.

2007. The G8 summit took place in Germany, one of the most spectacular until then. The state/the rich/authority did not lose a moment in prearranging the scene, the battlefield. Huge police forces were mobilized, new stronger tear-gas was patented, cameras, helicopters, fences, barbedwire, razorwire... also the other side did not lost a moment in prearranging the counter-summit (here I will concentrate on anarchists and the radical left who more or less played a similar role), activists traveling around the globe mobilizing militants, benefit actions, and different other ways to raise the required financial needs, millions of posters everywhere, billions of stickers (“ready to enter”...), the leaflets, the banners, the gas-masks, even visas to enter the EU were arranged for all the ones who wanted to participate and the country of their origin is obliged in the visa regime... the camps, the sleeping places, the food, the maps and plans...
and the BIG FEW DAYS have come, the big battle has started, the media are here, and everything is tense. Many, many people in one place, and, big suprise, anarchists go to the attack.

Outnumbered police running away from angry crowd, corporate property destroyed, cars on fire, barricades... don’t get me wrong, the fact that police forces were impotent in confronting the black blok of more than 6000 people makes me very happy, but if I go deeper in analyzing it all, my happiness suddenly becomes pretty bitter. The summit was finished after a few days, and everybody went home, the rich, the media, and all the activists, only the police stayed to do the last bit of their dirty job, and anti-repression groups who are trying to help their friends and comrades caught by the servants of authority. Life went back to normal, the new summit is next year, and it is time to start to prepare yourself for it. What is left after the spectacle served to all decent people around the word on their TV screens is just a few days of fragmented video (or radio) news about violent protesters who clashed with the police, completely driven out of any context. Nothing new, and nothing unexpected, after 20 years almost every year the same scenario, which just becomes nothing other than a shallow spectacle served by authority to all those who are willing to accept it.

Is it possible to only have a black blok of 6000 for a spectacle prearranged by authority? In a place, in time, on a TVshow... arranged by the ones who we so fiercely despise. How long will the so-called anarchist movement swallow every shit that authority puts in our mouth? Aren’t we the ones who should be serving the shit to them, not eating it?

one sick of eating shit