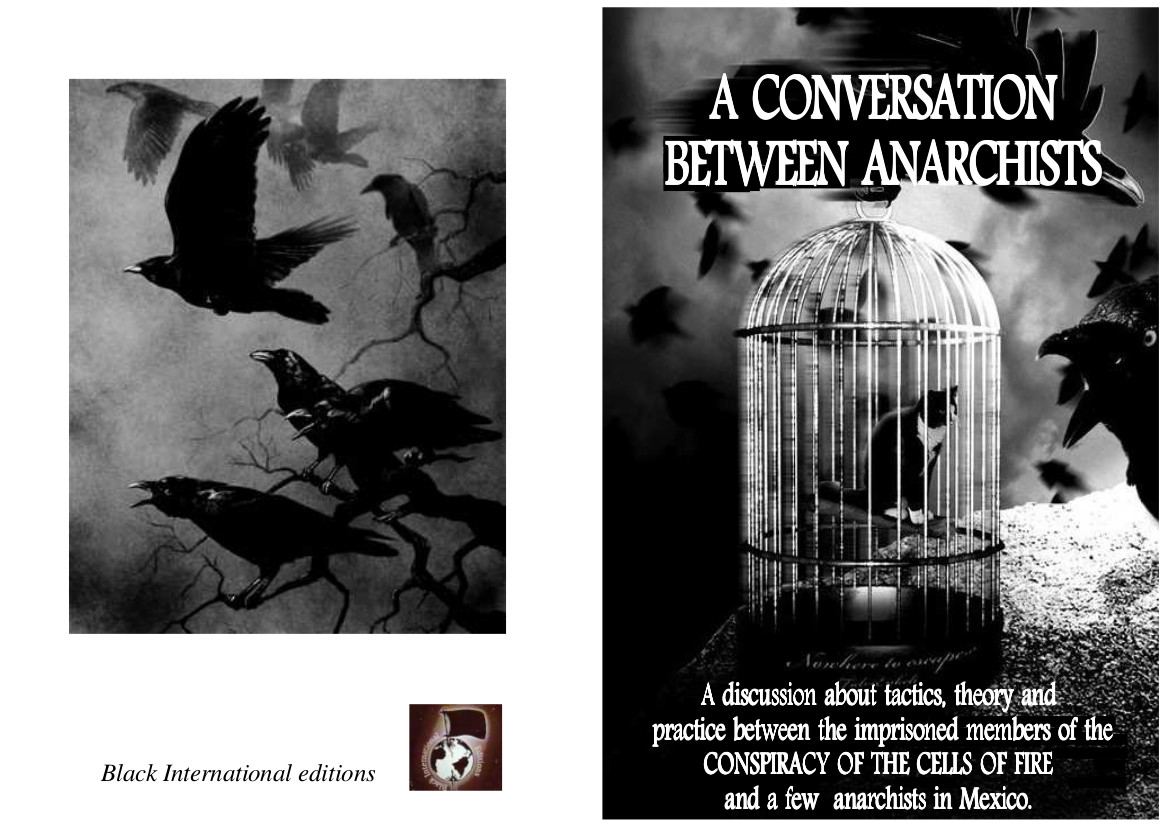 A discussion about tactics, theory and practice between the imprisoned members of the CONSPIRACY OF THE CELLS OF FIRE and a few anarchists in Mexico.

What was provocation and irreverence against Power yesterday, sometimes turns out to be obsolete today and even contrary to what it was at that time. Comrades, everything is at hand, we have to become destroyers and creators of a new language that talks of war on Power and spreads Anarchy. As nihilist anarchists we hate both the hand that holds the whip and the back that endures it and passively accepts flagellation without reacting. We dismantle and destroy all the values of civilization, annihilate the dictatorship of economy by making it void, make the cities of the masses and their authoritarian urbanism crumble, attack the plunder of nature and animal exploitation, hamper dogmatic positions and refuse the religion of scientists. Only constant and merciless estruction- creation makes life worth living. Constant nihilist questioning, through texts, bullets and explosives, attack organized boredom, the offspring of the dominant culture of “identity”. Through Anarchy we are creating a constantly changing world, a totally different world, a world where tension finds its duration after going through intellectual and emotional explosions, a world where new relations are being forged while old traditions and burdens are disappearing. But once they are considered concrete reality, the new values brought about by anarcho-nihilism in a very critical moment, will have to explode and destroy themselves, thus creating new agitation and new perspectives. 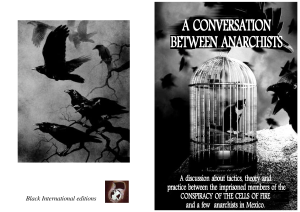