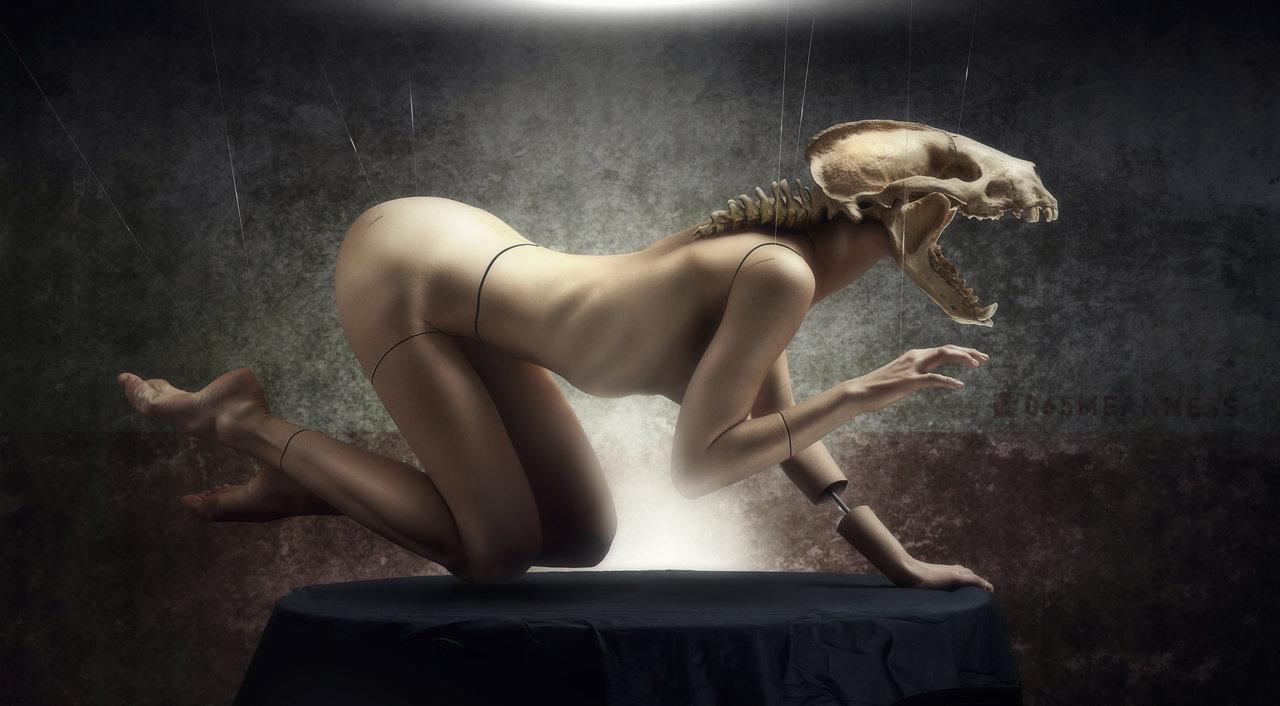 My veganism exists as a nihilist confrontation against the existing moral fabric of anthropocentrism and speciesism. Here on this landmass called “america”, the moral justifications for consuming the flesh and secretions of non-human animals go hand in hand with the industrialization of their enslavement and reduction to commodity status. This is a reflection of capitalist society reducing chaos to order, animal bodies from wild to domesticated, and the marketing of bodies that are socially recognized as mere products for consumption. My veganism is defined not only by an individualist refusal to internalize, validate and reinforce these authoritarian social values, but also by consecutively attacking them as well.

My anarchy rejects speciesist civilization, not from a “return to the hunter-gatherer” perspective, but from a point of constant hostility towards arbitrary hierarchies, authority, and governance that take form pre- or post-civilization. These include the restoration of traditions or cultures that attempt to resurrect anthropocentric, hierarchical values and worldviews. My focus is not a re-establishment of a past existence. My focus is the creation of a joyous life, here and now, through destructive confrontation with any governing elements that attempt to maintain hierarchical power. I am hostile to all who view non-human animals and the wild as mere raw materials for anthropocentric exploitation and consumption.

For real though, it amazes me to see self-proclaimed anarchists fulfill the anthropocentric role of consuming non-human animals – roles assigned to them by capitalism, tradition, and cultures throughout childhood upbringing. Fulfilling the roles of being “Human” and embracing a morality which standardizes the roles of control and domination over the wild. How long does it take for contemporary “anarchists” to notice the battery cages, the open-air prisons of fenced enclosures, the exhibitions of zoos, the concealed brutality of slaughterhouses, the speciesism of consuming some non-human animals but building relationships with others? Or the interconnected ways society views non-human animals as the lowest common denominator to compare those of the oppressed category to? How the fuck does anti-authoritarian praxis stop at the commodification of bodies – human or non-human (but in this case, non-human) – who are objectified to justify their enslavement, murder, and consumption?

As far as prisoner support and prison abolition, where is the acknowledgment of – and the solidarity with – the millions who remain imprisoned in slaughterhouses with death sentences, justified by the mere demand for their mutilated, neatly-packaged corpses? The acknowledgement of their existential struggle against prison and domination is limited by human supremacy. When anarchy fails to include liberated wildness beyond the limited scope of human supremacy, it is mere human-centered reformism which falls short of destroying the very logic of control and domination. Society is death by design. Death and disregard for non-human animals are built into the design of highways, railroads, agriculture, and every other form of structural anthropocentrism. I advocate its total collapse towards the emancipation of the wild. Domestication is a process of internalized self-automation, conditioned with a sense of superiority to wildness which manifests itself institutionally with human-over-animal thinking. I reject this way of thinking along with its assumption that non-human animal bodies are mere food products for hunting and consumption – an assumption that disregards their own individual interests and bodily autonomy. I reject humanism, its authoritarian roles and traditions and its assigned identity which limits my potential to explore my own animality beyond civilized domestication.

There is a war to be waged against society, alongside the non-human animals who refuse domesticated subservience, and who are evicted from their homes due to mass deforestation, human development and technology. Veganism burdened by the millstone of liberalism, fails to critically acknowledge capitalist, industrial civilization itself as the massified, embodiment of anthropocentric domination. Anarchism that fails to challenge speciesism on an individual level reproduces the internalized authoritarian values of human domination. Since speciesism is pervasive in society, it is insulated and well preserved by a comforting normalization – a normalization that aids cultural indoctrination and apathy. Confrontation is necessary in unsettling the socially established comforts and moral order of non-human animal domination. My vegan anarchy embodies solidarity not just with dietary intake, but also armed with attack; attack defined by the material actions of an incendiary desire to destroy the social manifestations of human supremacy.